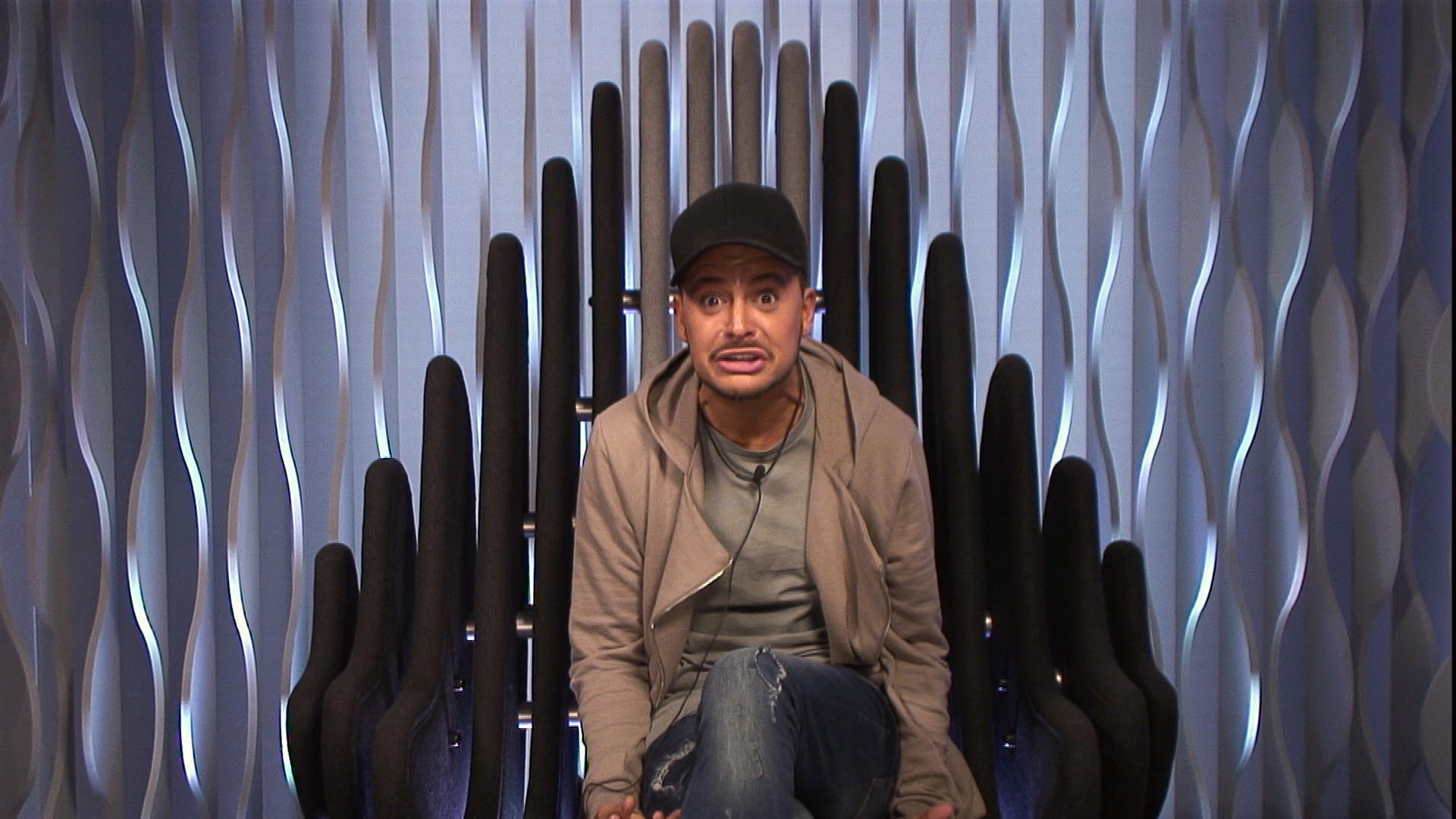 Day 8: TONIGHT: The Others are (officially) exposed!

Coming up on tonight’s show – the start of this week’s haunted shopping task and at 10pm a special live show where The OTHER HOUSE is revealed, officially, and one of the housemates will be captured by THE OTHERS and lose their housemate status.

Tonight, everything is not as it seems in the Big Brother house, when the housemates wake up to a series of paranormal activities as the first shopping task begins

As part of the task, housemates must take part in a series of spooky tasks in order to win a luxury shopping budget. But of course there is a twist in the tail and once gain the Others will be doing everything they can to try and get the house to fail, and steal the reward for themselves. The first part of the shopping task sees Ryan, Lateysha and Sam enter Big Brother’s abandoned attic, where they must work together through a series of clues to rid the attic of any haunted activity. If Ryan can convince Lateysha and Sam to leave the attic the housemates will fail that part of the shopping task.

For the next part of the shopping task, Jason, Laura, Evelyn and Emma take part in an ancient ritual in the pod.They are asked a series of questions about their housemates, which they must not discuss; if they do talk they will fail. The Others secretly wrote the questions, and the house watches on. As part of the task, the group choose Marco as the loudest housemate, Ryan as the least hygienic and the biggest attention seeker, Andy as the most boring and Georgina as the most two faced. Finally, Ryan is picked as the least deserving to win Big Brother, this part of the task is now over. Having been picked as the most two faced, Georgina voices her disappointment stating that she is the least two faced person. The housemates reveal that they were watching the task, Laura explains to Ryan that he was picked as the most unhygienic housemate because he didn’t have a make-up bag.In the bedroom, Laura announces, “I do forget everybody is watching! It’s kind of been pretty much me and Marco getting it on!” Sam comments, “Marco will be getting girls flooding after him!”

Big Brother calls Ryan to the diary room and tells him to work together with The Others to try and get the housemates to fail.

Speaking to Big Brother in the diary room, Lateysha states;“Laura needs to calm it with Marco. She’s not strong enough to overcome her inner-whore.” She thinks Georgina is moany and Emma is a positive angel, “Georgina bosses people about. She’s a rich kid, all rich kids are bossy.”

Also tonight, Andrew is called to the diary room and he leaves the house following new information that came to light yesterday.

In the garden, Laura tells Andy and Evelyn, “I regret what I’ve done in the house, not with Marco. Marco now doesn’t really interact with me now. I think he feels guilty for what he’s done because of his fiancée.” She admits she’s not done herself any favours.

Later,  in the bedroom, Marco reveals to Emma, “Until I find the right person, I just want to be free, I just want to be a bird. Got any cool friends that I would be perfect for?” She replies, “Most of my friends are like 30.” He comments, “That doesn’t bother me if they’re cool.” Marco tells Emma she is super cute

Andy comes to the diary room, to talk to Big Brother about being called boring in the task, “I’ve had a very varied and colourful sex life, I’ve been in a lift with Lady Gaga, I’ve lots of amazing stories! I don’t tell them, as they are to me, boring. In this house there is a warped sense of what makes people interesting. No one can have a conversation. I feel like there’s an argument waiting to happen, everyone is trying to be friends with everyone.”

Meanwhile, Emma tells Georgina that she thinks she’s awesome and cool, but sometimes she comes over negative; the pair agrees they won’t ever see eye-to-eye. Georgina tells Emma she doesn’t want to talk about it anymore

Stick with Big Blagger for all the latest from the house!

Day 8: Another housemate to become an “Other” tonight