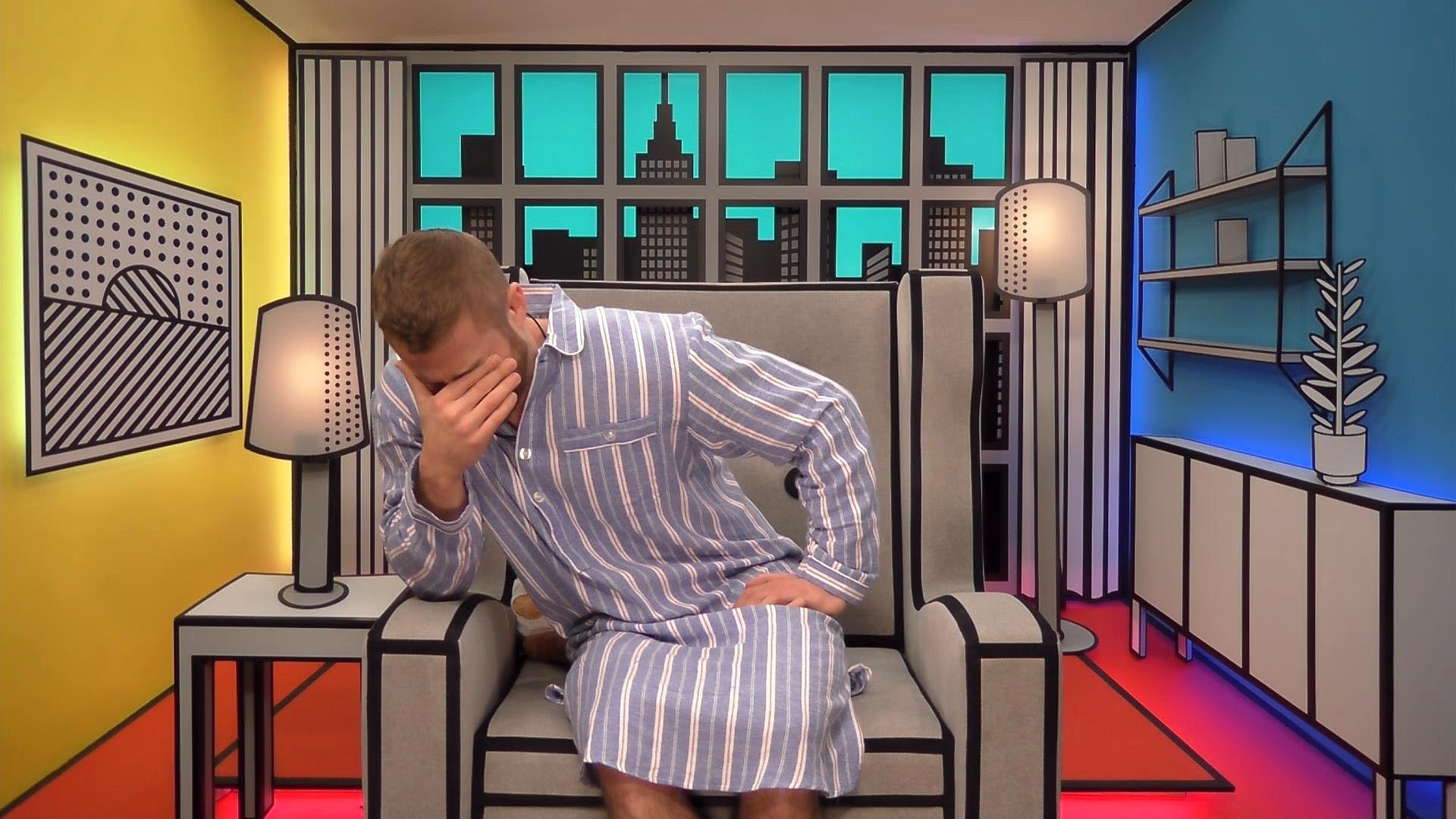 After last night’s argument, Austin has requested to leave the House again.

Bianca and Jasmine are talking to Austin, Jasmine says; “You were on one last night, it was so funny!”

At the kitchen table, Stacy is still annoyed with Jasmine; “I should be calling out people with their fake faces and fake personalities! She has a fake face! There are fake b*tches in here though!” Jasmine is listening on from the living area.

Stacy asks Austin; “Do you speak the truth when you’re drunk?” Austin replies; “I meant everything I said last night. There was a bit of miscommunication, I don’t remember saying I don’t like you.” Stacy believes he’s ‘antagonistic’

Austin states that he feels ‘it’s impossible to succeed’ with this task. Nicola and Stacy feel he’s ‘being negative’. Austin asks Stacy to stop talking to him.

Jedward are talking to Speidi about Austin and James J’s argument; “Last night was mental…it’s like the two biggest nobodies are the biggest attention seekers.”

In the garden, Austin talks to Bianca and Stacy about how he believes they should approach the task. Stacy states to Bianca; “Why can’t he be that guy all the time?”.

Day 9: Housemates enter a nightmare for the first shopping task