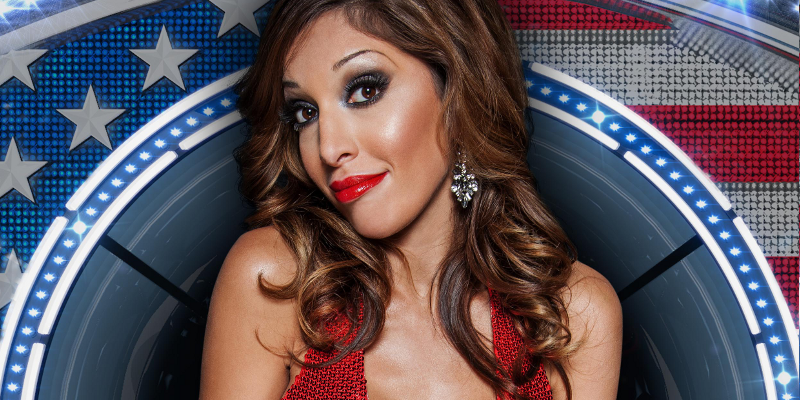 Big Brother has given Farrah a warning over her comments during the latest task.

All this week, the American Housemates have been playing servants to the British Housemates during a royal family shopping task. However, in part of the final task, Farrah took things too far.

Big Brother had set USA Housemates Farrah and Austin a secret mission to get the Royals to lose their cool by getting them angry – in any way they can.

Farrah went all out with some rather over the top of comments, accusing Natasha and Gail of being lesbians and branding James a “gay homo”.

Despite the task being fake, Big Brother has since called Farrah to the Diary Room to remind her of the Big Brother Rules and to warn her her over the use of offensive and unacceptable language.

“Oh boy,” she reacted as Big Brother reminded her of the rules. “Sorry, I was trying to do a task and upset someone. I wasn’t trying to be offensive and I apologise.”