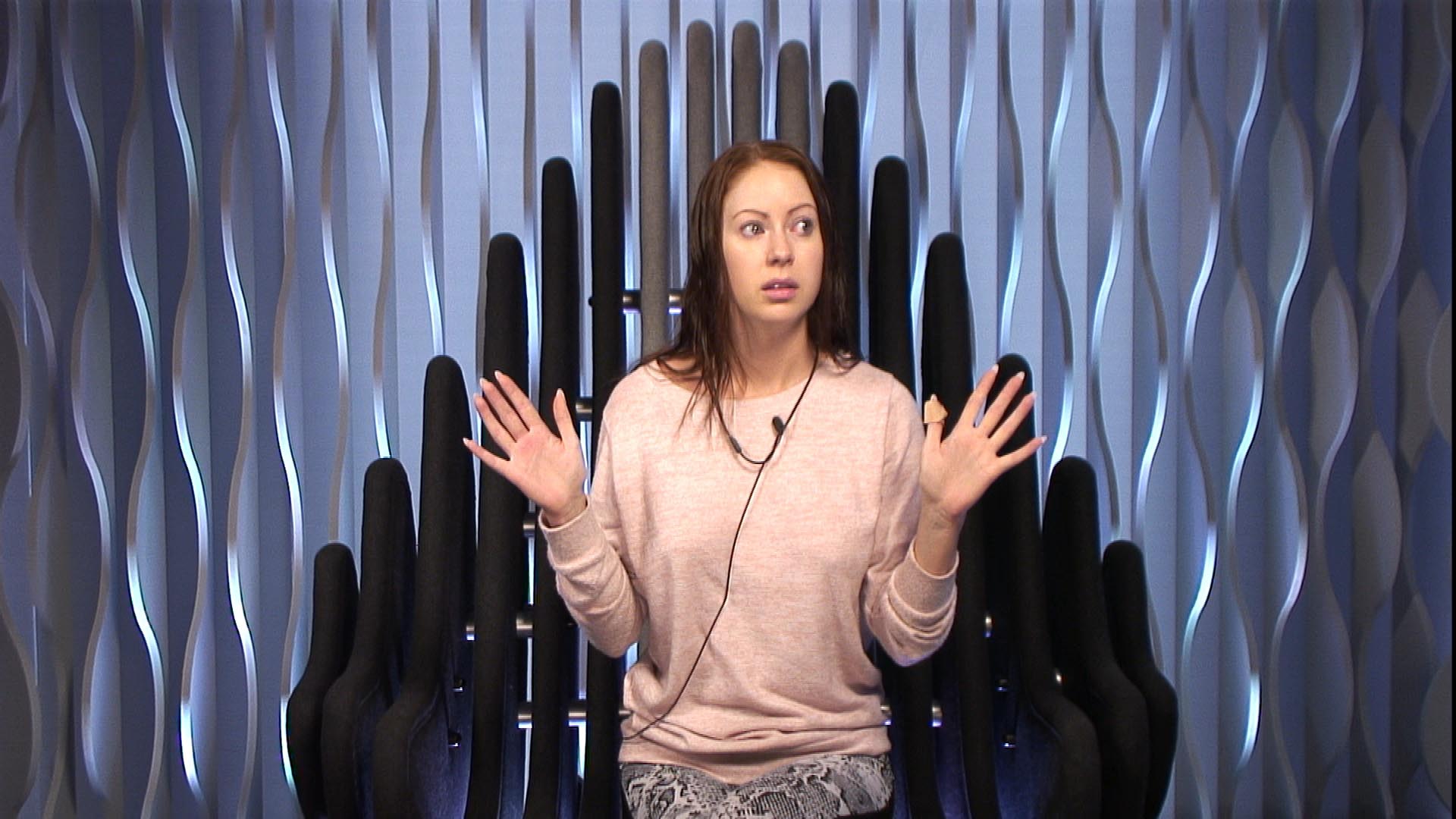 On tonight’s show, Laura discusses her relationship with Marco.

Laura is in the diary room talking to Big Brother, “It doesn’t mean I’m a home wrecker. I know the girl code, if a girl’s got a boyfriend you would never get with that guy. Marco should start getting a bit of stick, he’s the one who is in the open relationship and told me he is. When I leave this house the truth will come out, I really hope he hasn’t lied to me.”

In the bedroom, Ryan and Lateysha are wondering why Laura ‘went there’ with Marco. Ryan thinks, “She’s made herself look bad on TV.”

Laura tells Lateysha, “It wasn’t full blown sex, but we had sex basically. Straight after it happened he said ‘O MY GOD! What’s my family and my fiancée going to say?’ I was like mate; you can’t say this now. I think he feels guilty.” Latesyha doubts Marco had a hall pass, and feels sorry for her. Laura continues, “It’s like he’s washed his hands of me!”

Marco tells some of his housemates that his dad ‘is an amazing guy’. Laura reveals that she had a ‘bit of a crush’ on Marco’s dad; Marco walks away. Sam jokes, “Now you’ve had his son!”

In the smoking area, Laura tells some of her housemates, “When we (her & Marco) were in bed together the other night, we had sex.” She now doubts that he is actually in an open relationship

Day 9: Chelsea’s move into the Other House upsets Jayne