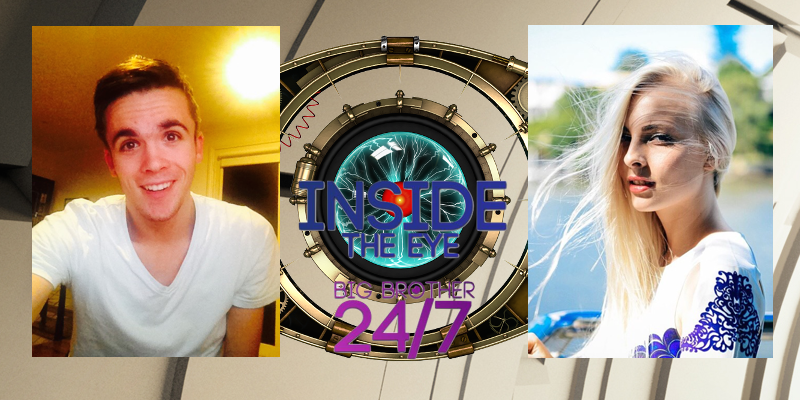 Inside The Eye: Your Presenters Announced and Interview

“I am so excited about coming back to do this new project for Big Brother 24/7” David said.

We are pleased to announce David will be joined by a new co-presenter, Renee Ardnt, a feisty, fun and critiquing Aussie, the perfect new edition to Big Brother:Inside The Eye.

“Big Brother is a great social experiment, I love how it’s a viewers game, we choose who’s in or out” Renee said.

Here are some questions we asked David and Renee:

1. How does it feel to be announced as the presenters for Big Brother: Inside The Eye?

David: It feels pretty great to be back. Jarrod the Head Administrator of the website has been planning with myself for a while this new feature. It was sad to let Big Eye go in January but I am super excited about being part of this.

Renee: It’s going to be a great experience being in a team, witnessing what happens live and chatting with our audience and fellow viewers on the highlights of the show.

I have always found Big Brother entertaining and love the thrill of what can happen when big characters meet in the house.

2. What do you think you’re going to bring to Inside The Eye?

David: My wit and absolute love for everyone’s favourite version of the franchise. I can’t wait to start having debates and discussions about what we like and what we hate about the show. That is what makes Big Brother such a successful format the fact that we all get to express our opinions on what goes on in the show.

Renee: I’m female! I love to draw out the emotions and have an insight opinion on the cat fights and other dramas which evolve (and are generally the most exciting to watch). I also have a very critical and cut throat approach to observing something which could bring another view to the show.

3. What are you most excited about for Big Brother Timebomb?

Renee: I’m excited for how the theme suggests the housemates will be put out of their comfort zones, like most of the luxuries we have in the present time will be taken from them. This will be fun to witness the housemates struggle with the differences.

4. What would be your ideal housemate?

David: I’d say someone that has an impact on all of the housemates – good or bad. Someone who isn’t afraid to speak their mind but has a mellow and caring side to them.

Renee: I most definitely don’t want to see anyone just sitting back and watching everything unfold, hiding their personality for nominations sake.

5. What is something you don’t want to see in the house?

David: I personally don’t want to see another series where the housemates are at each others throats for 10 weeks. Yes drama is great, but in small doses. I don’t want to see easy to pass tasks, where the housemates get rewarded all the time, we really want the winner of Big Brother 2015 to walk out of that house and for us to say “they deserved it” whether or not we supported them.

Renee: I most definitely don’t want to see anyone just sitting back and watching everything unfold, hiding their personality for nominations sake.

Big Brother: Inside The Eye will be the first online fan show of it’s kind, featuring interactivity, BB fan calls, news and critiques of all the goings on in the Big Brother Timebomb House. The show will be broadcast on YouTube and iTunes weekly.

The first show’s date will be announced on Twitter on Thursday.

To stay up to date with Big Brother: Inside The Eye follow: