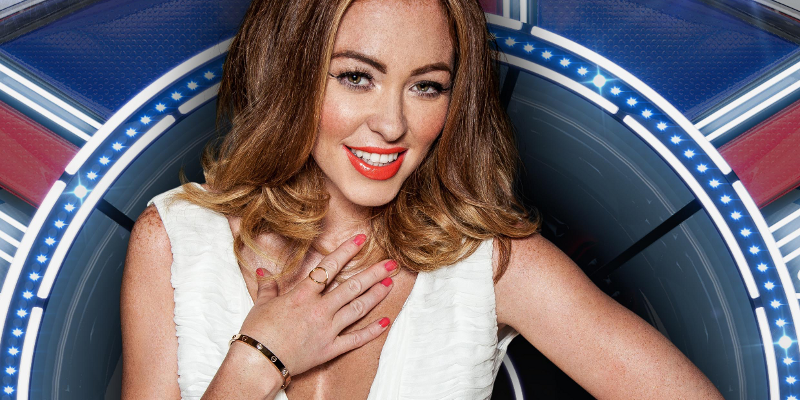 Natasha Hamilton came in THIRD place. When she met Emma she talked to Natasha about being in third place: “I didn’t expect it…I see myself as a mum…I’ve got a big gob”. On the Intense House: “I think I was a calm person…it was stressful….it was like being in a pressure cooker and any moment things were going to explode”.

On Farrah: “I was literally in the house 10 minutes and Farrah was screaming at me…I was shocked. I was realty taken back. I’d gone out to give the olive branch…I’m a lot older than Farrah and to me she is the same as Austin, she is just loud. I never felt threatened.” On Jenna: “Jenna ended up being with Farrah all the time and sometimes you just want to get to know someone on a one to one basis.”

On the ‘Wrath of Tash with Austin: “About four nights in a row, I’d gone to the bed and he’d come into the room and he’d be either singing, dancing or arguing”. Emma asked Natasha who she wanted to win: “They have both done amazingly and come so far. For me personally I’d like James to win”.