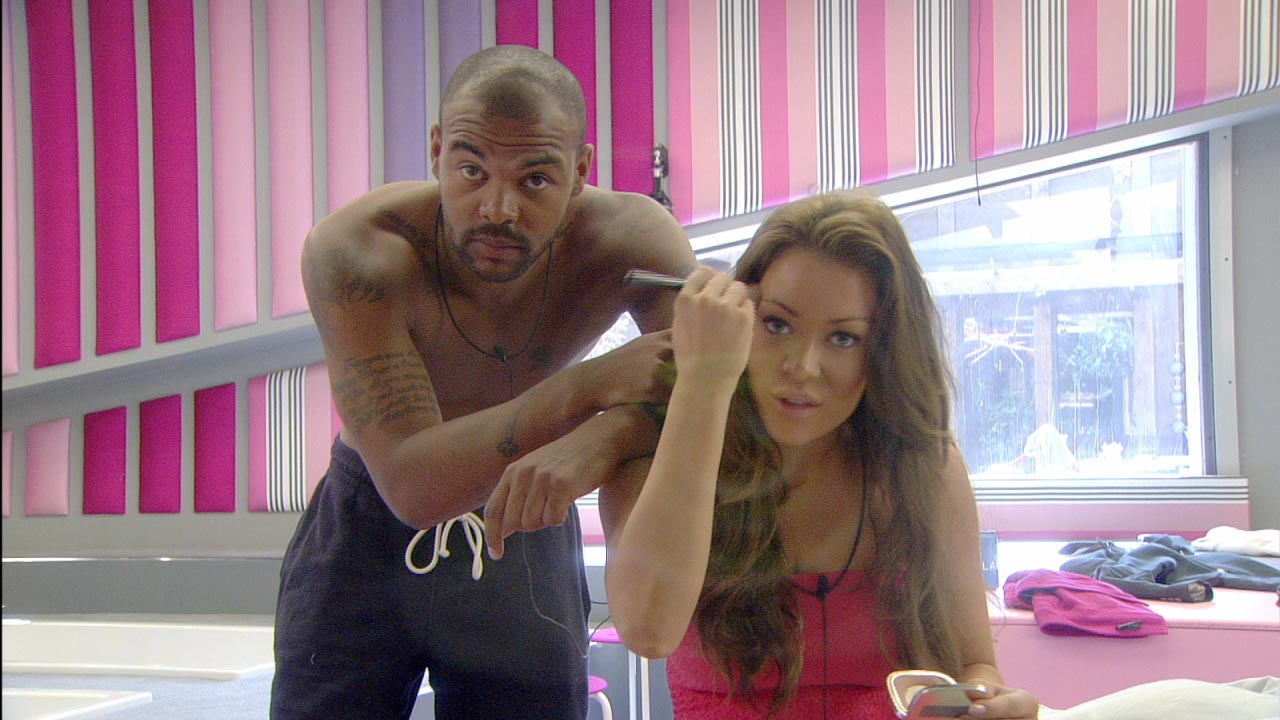 After Hazel removed the duvet cover from his bed and pulled down Daley’s shorts, he reacted violently, pinning her down with both arms and clasping her neck while making numerous threats.

After the incident, 165 people complained to Ofcom, and prompted an investigation examining whether the violence breached a rule in its broadcasting code, stating that potentially offensive material must be justified by its context. The scenes also attracted the attention of local police forces.

In defense, Channel 5 pointed out that Big Brother has been on air over a decade and that viewers are in no doubt that they may witness dramatic and confrontational behaviour. They said that they have a responsibility to broadcast major events in the house, arguing that what happened would have been “impossible” to ignore and that doing so would have compromised Big Brother’s “editorial integrity” and “misled” viewers.

Channel 5 also explained that the episode which showed the violence also broke the traditional Highlights show format – showing the highlights from Day 32 before also showing Daley’s removal from the Big Brother House on Day 33, the same day as the broadcast.

They also noted that the warning read out before its broadcast – alluding to “scenes of a sexual nature and some scenes that some viewers may find distressing” – was more specific than the usual cautions, but claimed that there was no need to give further details.

Ofcom later accepted that Big Brother has an established reputation, but said that what Daley did was clearly capable of causing grave offence to viewers. As well as that, Channel 5 argued that similar scenes appear in dramas and films without complaint, but Ofcom viewed that there is a distinct difference between dramatised violence in reality television.

The regulator agreed that there is “some merit” to the argument that Channel 5 has a duty to provide an accurate portrayal of life inside the Big Brother House – so viewers can make informed voting decisions – but added that there is no “obligation” for them to air footage if it’s likely to cause offence.

Ofcom ruled that the warning before the episode wasn’t specific enough as it didn’t refer to violence, and that the advert break preceding the footage should also have featured a warning.

They dismissed Channel 5’s opinion that Hazel hadn’t shown any distress, saying that her actions could have been interpreted differently and that Big Brother should have stepped in earlier.

They also suggested that Big Brother hadn’t sufficiently demonstrated that Daley’s behaviour was unacceptable during his visit to the Diary Room immediately after the intervention, noting that a more robust wording was used just before his exit.

As a result, Ofcom concluded that Channel 5 had breached the broadcast code. Summing up its findings, they said: “In this difficult case, Ofcom’s view is that Channel 5 did take a number of steps to seek to contextualise the offence in this case, including compressing the incident into one broadcast so that viewers could see the outcome, and ultimately evicting Daley from the House as a result of his violent behaviour.

“However, the decision not to edit the material for the purpose of limiting offence – despite its clear potential to cause offence – coupled with the generalised nature of the pre-broadcast warning 40 minutes before the incident and the lack of clarity that Daley’s conduct was unacceptable when Big Brother first intervened led Ofcom to conclude that the offence to viewers was not justified by the context.”

Big Brother returns in June for the fifteenth series

Information and quotes taken from bbspy. You can read bbspy’s original article here