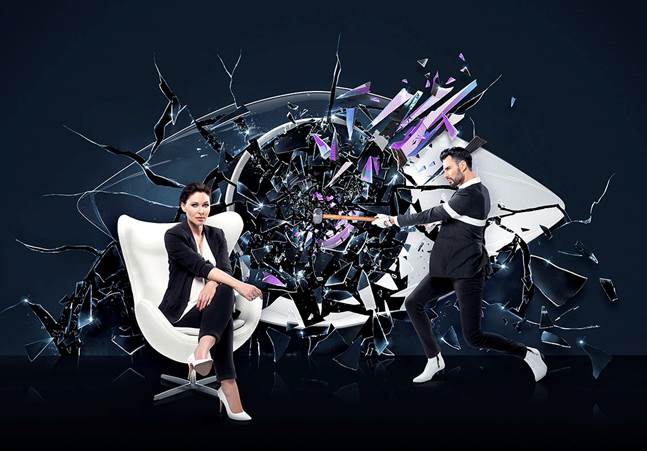 Channel 5 have revealed the first details of the new series.

The first details of the brand new series of Big Brother have been revealed, along with a new photo of Emma and Rylan.

“Big Brother is back with an unpredictable new series. From Day One the Housemates will be under attack from an unseen ominous dark force that will have a dramatic and divisive effect on the House. Join Emma Willis live on launch night as the Housemates enter the unknown. Whilst things may appear to be straight forward Big Brother will ensure that no-one will have the entire picture. There may even be deeper connections at work? The Housemates are not alone and they should be prepared for paranoia and suspicion.

The Big Brother House has been transformed into a slick, stark monochrome world. Whilst everything may appear to be black and white – that certainly won’t be the case. Viewers should prepare for a ‘yin and yang’ style force to evolve Big Brother for a new generation. This force will affect the Housemates for better or for worse. So who will survive the summer and win £100,000? You decide!”

C5 have also confirmed the return of Bit on the Side, which returns on weeknights.