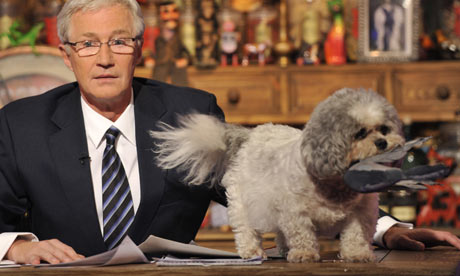 He revealed this week he “was only a recent fan of the show, having originally found it rather tacky.”

“I never used to have a guilty pleasure until my sister came to stay,” he explained. “She said: ‘I have to watch Celebrity Big Brother.’ And I said: ‘I’m not having that rubbish on.’

When speaking Radio Times, O’Grady revealed he’d already asked Celebrity Big Brother 10 champion Julian Clary for tips in the event that he went into the house. “When Julian won last year, I asked him how I would do in the house and he said My dear, you wouldn’t get past the first question of the psychiatric test.’”

BBAU: Big Brother 11 Set to Be Bigger and Better Than Ever