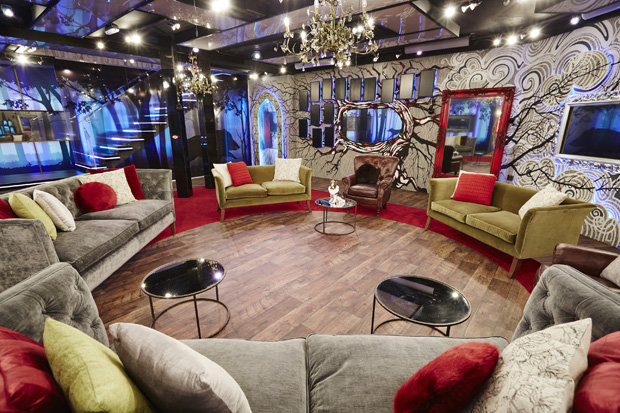 The first pictures of the new Celebrity Big Brother House have been released by the Daily Star – and it has received a very luxurious makeover in time for the new celebrities.

The Housemates will be entering a twisted fairytale, but with their own hint of luxury. Take a look below

The House has had a drastic makeover since Power Trip in the summer, bringing in the theme of fairytales. The living area has been moved up to by the stairs of the House, and has 14 LED screens which suggests that 14 Housemates could be entering the House. At the other end of the large room, is the kitchen.

The bedroom bring in dark and dull colours mixed with pictures of fairytale like characters and trees, harsh looking beds which are bound to leave the Housemates having a few nightmares. The bathroom takes on a very black and gold look and is dominated by a huge black bathtub.

Out into the garden, which has been emptied of almost all furniture, brings in the forest and fairytale theme once again with twisting trees and cold colours. The pod returns in a new red theme while the pool from the summer has been removed and replaced with a seating area and a hot tub.