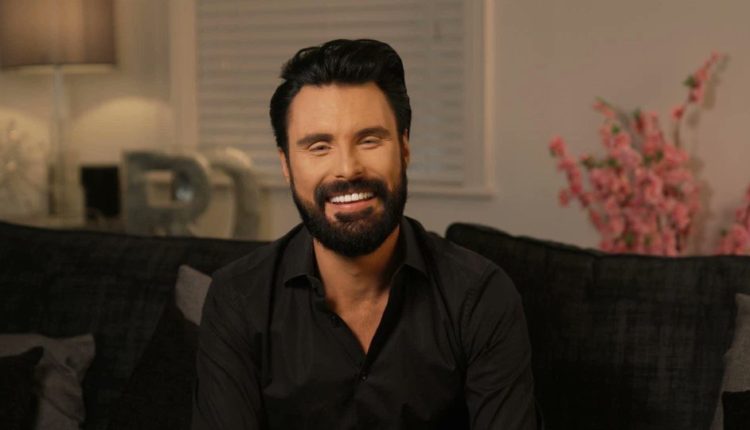 Channel 4 sat down with Rylan Clark-Neal to talk all things Big Brother ahead of the specials this Sunday.

RCN: As Big Brother’s biggest fan I can believe it’s 20 years as it’s all I’ve been harping on about for the last two years saying ‘I can’t believe that we’re not doing anything to celebrate 20 years’. I mean, it’s amazing. I was in Spain when it first started and everyone talking about this show and I didn’t really understand what it was.

I came home and watched it and was just obsessed with it, to the point where in 2003 I went on a school trip to the Isle of Wight and printed off the Big Brother eye with my name underneath and stuck it on a suitcase and lied to people on the train on the way to school telling them I was going to Big Brother. I mean, it came true 10 years later, but still!

RCN: I was over the moon to be honest. When they talked me through it, I thought that this would probably be a good thing because hopefully, people will watch it and realise how amazing Big Brother is after not seeing it on screens for a couple of years.

RCN: You can expect exactly what you want to expect from the show and that is going to be some absolute classic Big Brother episodes that we never actually forgot, but sometimes find it hard to remember exactly everything. Being able to go back, forget about what is going on in the world at the minute for one hour a night watching Big Brother – it’s going to be nostalgic and a little bit emotional if I’m honest. A walk down memory lane.

RCN: Our Big Brother paths have never crossed, so it’s going to be lovely to work with Davina. I’ve always looked up to her as a host. I did two things every time I was on Big Brother. I would always wear black for Davina and I would always spin at the top of the show for Dermot, so it was my nod to Big Brother past, so to now cross generation it – I’m so excited to be working with her.

RCN: I think what it is about Big Brother is, that it was the last real reality show on TV. It wasn’t constructed in any way, people weren’t being told what to do. Big Brother would put situations into the house whether it was a task or nominations or an eviction.

All the content would come from these people in the house and they create the show. It’s the most real reality you can see on TV. Don’t get me wrong, there’s a lot of other shows that are fantastic and have done so well, but in Big Brother all you have is the voice of ‘God’. To be a housemate and to work on the show, I feel like I understand it most, as I’ve been able to get to know it inside out.

RCN: The show is so cross generational it’s unbelievable. I’ve had a lot of people tweet me saying that they are really excited for this because they may have been too young to have seen the original C4 series of Big Brother. We’ve been so blessed to have so many amazing housemates over the years, but it goes to show even if you haven’t seen the old Big Brother episodes or even if you weren’t a fan of Big Brother – this will make you a fan of the show – as it was literally iconic. This was the show that genuinely created household names. If you’ve not seen the episodes, you’re in for such a treat.

RCN: Chanel would definitely be a late arrival, she’s been pondering about down the river. I’m always talking about Big Brother and tweeting about it, we’ve been off air for two years now and not a day goes by where I don’t think about it – I’ve got a diary room in my house for God’s sake. So I thought I’d do a Celebrity Big Brother Twitter Edition of all the viral stars. I’ve got to be honest, it’s a series I’d want to watch.

RCN: In its simplest form, I hope viewers take away some classic Big Brother episodes that you might not fully remember or completely remember off by heart and want to see it all again at its bare minimum. It’s the greatest reality show in the world in my opinion. The show is so pure, and when it is done right it’s literally flawless. If I had the money, I’d bring Big Brother back in my own house!

RCN: It changes with my mood, but I think you’ve got to look at the likes of Nadia, Nick, Aisleyne, and Jade. These were such amazing housemates without even realising how amazing they were. It was back in the day where you knew you were on TV and you knew you were going to get some form of public recognition.

But there was still some naivety to it, that you can take a very normal person and put them in such an extraordinary circumstance and they become someone completely different. The show is people literally living in a house and it sounds like the most boring concept, but it has produced some of the best telly ever made.

RCN: Oh god how many?! I think that line of ‘Big Brother House, this is Davina / Emma / Rylan’. Just that line, it does something to my body. I’ve had opportunities where I Speak to the house on my show and on the main show, but just that line where the music changes and the tension comes in and everything goes red – it just does something to me. Obviously, please do not swear stands out because none of them ever f***ing listen. Honestly, I long for the day where I hear ‘This is Big Brother’ again!

Over the two weeks, you’re going to get a summary of Big Brother in general so you’re not just watching one series, you’re watching the best episodes ever. If you don’t watch, you will be missing out because now you can become part of those watercooler moments that had the country gripped.

RCN: Next for me is to make sure that Big Brother comes back bigger and better than ever – I’ll be flying that flag as high as possible to make it a reality.