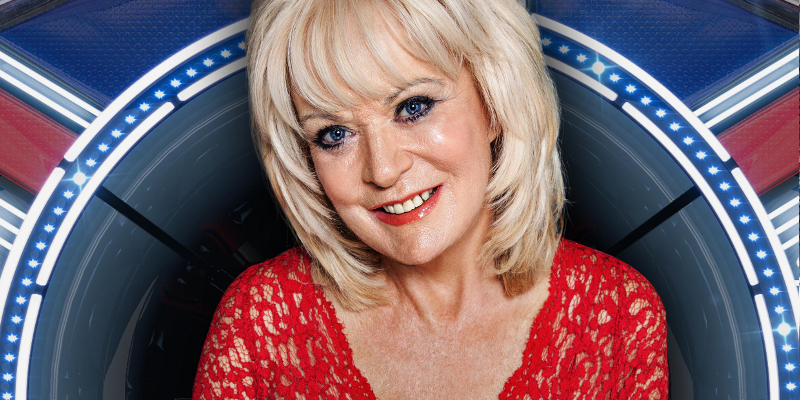 On hearing the news, SHERRIE said, “thank you.” CHLOE JASMINE wished her housemates good luck as she walked up the stairs and out of the house with her fiancéSTEVI.

In her post eviction interview with Emma, Sherriedescribed her experience in the house: “oh my Gd…I have to say…I have had the most fantastic time but it has been an emotional rollercoaster … I’m sorry for the snoring and dreadful spanking that I’ll never get over or live down.”

She added, “it’s a rollercoaster of emotion and I loved everyone. Chloe I really adored.”

However, she admitted that the hardest thing to deal with in the house was: “for me it was the nominations…and seeing them evicted…it hurt inside to see them go.”

On hearing the public considered her to be boring, she said: “you don’t know what to expect…there is no way I went in there to be anything but myself. Nobody came at me…so I didn’t attack them…I’m normal…I’m not going to pretend and f and blind. I was what I was. I am what I am.”

When asked what it was like to live in the thick of it,Sherrie said, “I was in the bath all made up. I wasn’t going to take my clothes off with all those boys around. I was always just coming in when people had had the most horrendous night….the house nana. That was how I stayed. I cared for everyone.”

On her comments in the house that James was playing a game, she said, “I think James is a player and he said, ‘yeh, I’m a businessman’…I [told him I] didn’t like the fact that you voted for Austin…we had an argument. He said you’re wrong, I said you’re wrong and that was it.”

Day 28: Violence Breaks Out On Bit On The Side