The next five Houseguests for Big Brother Canada have been revealed

Last night, the first six Houseguests were revealed, and tonight a further five have been revealed. Read on to find out more about them. 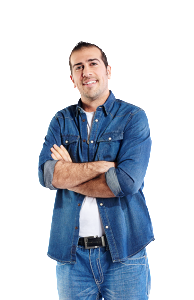 Bruno Ielo
A construction worker and Ottawa’s first-ever houseguest competing for his wife and two sons. Bruno is 31 and describes himself as Strategic. Fun and charismatic. When asked if he had a strategy on how to win Big Brother, he said “I don’t want to say I don’t have one but I’m the kind of person who likes to see their surroundings first and then adapt. I don’t know who the other houseguests are and they’re a big part of my toolbox. I’m going to see who I connect with in the house and then I’m just going to follow my gut.”

Willow MacDonald
This Nova Scotia-born tomboy recently moved to Calgary for work, fun, and plenty of adventure. Willow is 26 and is originally from Lower Sackville. She describes herself as Energetic. Spontaneous and Impulsive. When she was asked how she would spend the prize money, she said “OMG. I would spend it on my siblings – I have five sisters and one brother. I would travel too. It sounds crazy but honestly, I would go to Disneyland because I’ve never been!”

Naeha Sareen
A spunky Chiropractor and entrepreneur from Toronto whose social game is her best and worst asset. She is 29 and is from Toronto. When asked who her Big Brother Canada idol was she said “I have to go season by season because I really can’t just pick one! My favourites for season one were Emmett and Gary. Emmett had the ultimate game. He was very confident in mental and physical challenges and was a great social player. And Gary is just the most fabulous person I’ve ever seen. We would be besties! He’s an amazing role model and we would bond so much over fashion! Fashion is my passion, just wait until you see my outfits. Season two was unbelievable! The cast was unreal!” 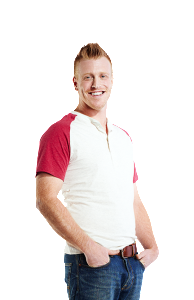 Graig Merritt
Former MLB player and currently a Scout for the league, as well as an avid yogi from Pitt Meadows, BC. He is 26 years old and describes himself as Passionate. Emotional and Real. When asked what his favourite thing about Canada was he said “I think it’s amazing how loyal and patriotic Canadians are. I’ve traveled all over the world and nowhere have I seen people more genuine and pure than right here in Canada. I mean commuters here just invite you right into their lane! You wanna merge ahead of me? Come on in!”

Godfrey Mangwiza
A Zimbabwe-born Psychology major from Toronto who won’t stop at anything to win the $100,000. He is 22 and describes himself as Charismatic. Indecisive and Crazy. When asked how he’d spend the prize money, he said “I  would pay off my student debt and I would bring my grandma to live here with us. Grandma is in the UK now and bringing her here would be my number one priority. My grandma raised me in Zimbabwe. Life was hard there and she looked after my two sisters and me when my parents couldn’t anymore. I’d give anything to live with her again.”