AJ Odudu, if rumors are to be correct, is not returning to present Bit on the Side when it kicks off in January.
Rylan Clark, her presenting partner for Big Brother’s Bit On The Side, has sparked rumors that AJ would not be returning for the new series in January after he posted the picture below on Twitter, showing just Emma and Rylan. 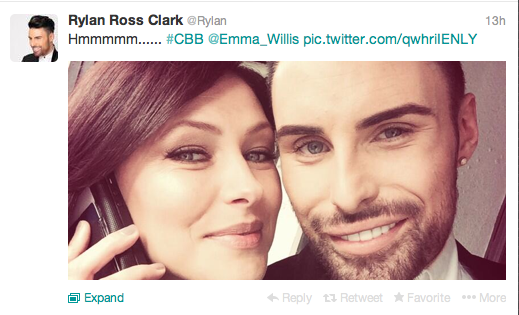 AJ and Rylan were brought in by production to host the spin-off after former hosts, Jamie East and Alice Levine left the show after two years.

So with only Emma and Rylan both confirming their return to Celebrity Big Brother 13, it’s looking more and more likely that AJ has been given the axe, making her the third host in Big Brother history to be axed alongside Zezi Ifore(2008) and Brian Dowling(2011-2013).

Channel 5 are yet to comment on AJ’s future with the programme.