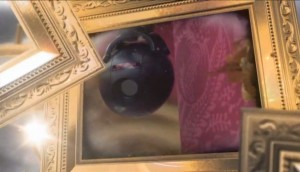 Big Brother has set Housemate their latest taskA large, round hub is set up in the Living Area containing a wireless voting keypad for each Housemate. Big Brother announces that over the next two days, Housemates will use these keypads to run their own Democracy and will control all aspects of life in the house through group votes. These votes are completely anonymous, and Housemates will be strictly told that they are not allowed to discuss with each other how they have voted. Sporadically, a siren will sound throughout the house giving the Housemates one minute to take their place at the voting pads. They are told that in order to pass this week’s shopping task they must vote on any dilemma presented to them, and abide by the outcome of their majority vote.

The votes which Housemates are making will include dilemmas which will affect their time living in the house; they must select which Housemate has the right attributes to complete the tasks.  However, only Jim’s voting pad is actually working, and he will become the Decider, secretly controlling the outcome of the vote throughout the task.  Jim is forbidden to share his secret role with any of his fellow Housemates at any point, and his role must remain concealed. At the end of the task, it will be revealed that one Housemate was secretly controlling all the votes and in one final vote, everyone must guess who this was. If Jim is discovered, he will fail the shopping task for the group.  Remain hidden, and he’ll pass.

Housemates will wake up to discover the large voting hub featuring a seat and voting keypad for each of them in the Living Area. The decisions on Day 1 will be:

–         Would Housemates prefer to live on bland grey slop or hot spicy curry? As all food will be removed from the house prior to the task starting, Housemates will live only on tins of either slop or curry (depending on the vote result) which will be delivered to them every mealtime.

–         Who is the Most Boring Housemate?The most boring Housemate, as decided by the democracy, will be getting a taste of their own medicine. A painter will enter the house and then tip a bucket of paint over the chosen Housemate. They must then stand still and watch the paint dry to understand what they have been putting the viewers through. They are not allowed to move or communicate with any of their fellow Housemates until the paint is dry.

–         Would Housemates rather give up cigarettes or beauty products?All the chosen products must be placed in a bucket and will be immediately removed from the house.

–         Who would Housemates like to nominate? The results of the week’s nominations will have already been revealed to the house, but they will now be given a chance to add one to their number. The nominated Housemate will not really face the public vote – but until the end of the task they will believe that they have been put up by their fellow Housemates.