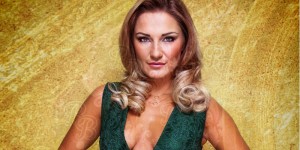 TOWIE Star, Sam Faiers has been granted a special meeting with an OK! Journalist to write her column

Channel 5 has admitted to allowing current Housemate, Sam Faiers outside contact in order for her to write her OK! Magazine column. While the rules of Big Brother state that the Housemates must be locked in the Big Brother House 24 hours a day with no outside contact, this is the third time that a celebrity Housemate has been allowed this sort of contact.

This comes after her column was spotted in the magazine. In response a spokesperson for Channel 5 confirmed that Sam arranged to have contact with OK! reps before the show begun.