With Perez now in a secret room, we take a look back at all the secret rooms there have been on Big Brother.. we may be here some time

Earlier today, we found out that Perez Hilton has been moved into a secret room. But what makes a good secret room, and which is the best?

Before Big Brother 5 in 2004, secret rooms and second houses were unheard of! That all changed as Emma and Michelle moved into the Big Brother Bedsit and created some of the most iconic scenes in Big Brother history. Let’s take a look back at what followed..

For the first eviction of 2004, Big Brother decided to play a trick on the Housemates and introduced the Big Brother bedsit. In the bedsit, the two Housemates “evicted” from the House would stay in secret, and watch their fellow Housemates on a television screen while being able to play tricks on the House. As the eviction took place, Emma and Michelle were told they had been evicted, but moved into the bedsit.

As Emma and Michelle watched on in secret, the Housemates were blissfully unaware of their existence and carried on as normal. That changed however on Day 20 as the duo re-entered the Big Brother House which resulted in the infamous Big Brother fight night. Emma was removed from the House and placed back into the bedsit on the same day, before eventually being ejected from the House on Day 23.

The Bedsit was so popular that it was revived for Ultimate Big Brother in 2010, where Victor and Michelle re-entered the House as Ultimate Housemates and lived in secret from their fellow Housemates.

Well, the clue is in the name really. In 2005, Big Brother decided to bring back the secret room but this time it returned in the form of a secret garden. On Day 29, the secret garden welcomed three new Housemates – Kinga, Orlath and Eugene just minutes after Roberto had been evicted. They lived in secret with only Makosi knowing about the garden. 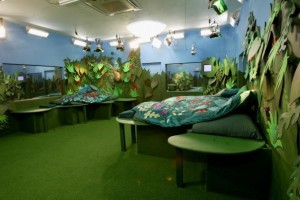 Makosi was given the secret task of stealing supplies for the Housemates in the secret garden when the housemates in the main House were sleeping. At the end of their stay in the garden, Makosi who had to choose two of the three secret housemates to enter the main house. She chose Orlaith and Eugene, although Kinga re-entered the house after Orlaith walked out on Day 65.

In terms of secret rooms, this takes it up a notch as Big Brother introduced a whole secret House. Hidden away from the main house, the House Next Door. The secret area included a main living and kitchen area, a bedroom, a bathroom and a garden. It was also sound proof.

While this isn’t a secret room, we thought we’d give it a mention anyway. On Day 59, following Charley’s eviction from the House, Davina introduced brand new Housemates Amy, Jonty, Shanessa, David and Kara. They walked into the main House and were told to go directly to the Halfway House which was accessed through the store room in the House. The Halfway House had a dormitory, a common room and a yard.

The Halfway Housemates and ordinary house mates were swapped around for different reasons until Day 66 where Shanessa was evicted from the House, followed by David. Then Kara and Tracey re-entered the main house for good and became Housemates.

Secret rooms were given a bit of a rest from Big Brother 8 until 2011, where Big Brother’s first outing on Channel 5 brought the Crypt. In a special Halloween themed twist, the crypt was made out with cobwebs, tombs, and of course a plasma screen for the two Housemates who went in to watch their fellow Housemates. 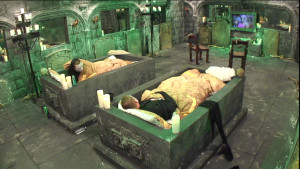 On Day 39, Jay and Anton were fake evicted from the House and sent to live in the Big Brother Crypt. In secret, they watched the main House and caused mayhem. fter revealing themselves in scary fashion, Anton and Jay had to nominate two other housemates for eviction, choosing Jem and Harry respectively to face the public vote.

Again, while it isn’t a secret room it played a large part in the final weeks of the series. Following Big Brother Australia, the White Room was introduced to the series. Located in the large task room, the White Room appeared on Day 57 where three Housemates were required to go into the room and stay there. 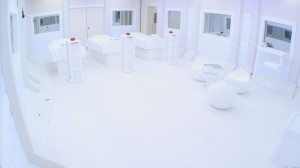 On Day 58, housemates in The White Room were told they had to eliminate someone from the group. Sara volunteered to leave and therefore Conor and Luke S remained in The White Room. On Day 60, Conor and Luke S were presented with half of the winner’s £100,000 prize fund, and were informed that pressing their button would allow them to receive some of the money, at the price of their place in the house. Not accepting the offer would result in the housemate returning to the house with a guaranteed pass to the final night. Starting at £0, the amount of money that one of the two would receive rose over one minute, before reaching a five second countdown at £50,000. The first housemate to hit his buzzer would leave the house with the amount displayed at the time he pressed the button. Conor swiped at the last moment, winning £50,000 and leaving the house moments later. For being the last housemate to hit his button Luke S earned a guaranteed pass to the final night of the series.

After the Housemates had returned from the launch night Basement twist, it played a large part in a secret twist that took place. Heidi and Spencer were told by Big Brother that they would have to stage a walkout and the rest of the House would be left to believe that they had left the series. 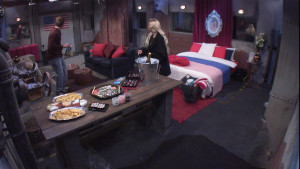 On Day 7, Heidi and Spencer entered the newly refurbished luxury basement and in secret, the duo watched their fellow Housemates until returning to the Main House on Day 9. Heidi and Spencer’s return sparked arguments in the House, which resulted in them being told to return to the basement to sleep. This continued until Day 12 where they were banished from the basement. 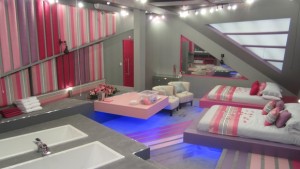 On Day 24, Gina and Dexter were fake evicted from the Big Brother House and moved into the Safe House. They were able to watch their fellow Housemates every move, and were treated to luxury food and drink. They were also immune from eviction. The safe house was eventually revealed to the House, and was used as a twist for a couple of weeks after that, before being scrapped.

On Day 6, it was revealed that two Housemates would be fake evicted and moved into the secret Big Brother Bolt Hole. 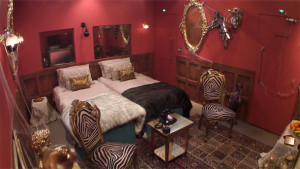 Casey and Lee were the duo who were evicted from the House, and moved into the bolt hole. In secret they were able to watch their fellow Housemates every move, once again. The duo returned to the House on Day 8, after the three housemates with the most votes, Jasmine, Jim and Liz were saved from eviction leaving Evander and Luisa facing a twist. Casey and Lee had the final decision over who was evicted and they chose Evander

In the final days of Big Brother 15, Helen was “surprise” evicted and moved into Big Brother’s spare room – which was previously the bedroom for Armageddon Housemates Biannca, Pav and Zoe. 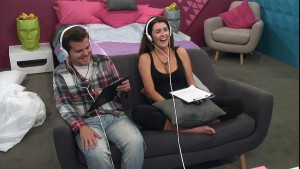 Inside the spare room, Helen watched her fellow Housemates before being joined by Chris after the power Housemates Christopher and Ash evicted him. They soon returned to the House.

So, out of all of these secret rooms which one is your favorite?