There is loads coming up on tonight’s Big Brother! 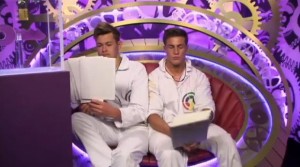 Big Brother (to Joel and Mark): “Joel and Mark you have been chosen as the two most (blank) housemates. As you seem to enjoy indulging in (blank). Big Brother wants to see if you can recognise (blank) in others. You are about to hear a number of quotes each of these quotes was said about one housemate talking (blank) about another housemate.

Marc(to Joel) This is alright isn’t it? It’s not really going in is it?

Big Brother (to Joel and Mark): Your challenge is to guess who said it, and who they were talking about. Your answer will only be considered correct if you can guess both the housemate speaking and the person they are (blank) about.

You will hear a total of ten quotes. You need to correctly guess six answers, in order to pass the challenge.

– Cristian woke up slightly distressed and concerned about comments that were made about him in the task yesterday, about his food portions (Day 29). Cristian then defended himself by making a rather weird analogy. We think Danny looks rather bored by the conversation. 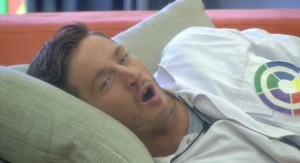 Cristian (To Danny):“Like Kayne West said ‘If you tell someone something enough times they’ll believe it” and that is kind of what is going on. Everyone’s joking around like the personality thing Marc said, and people are like planting things in peoples minds and people are starting to think ‘oh I’m going to start saying that’.

– Nick and Jade were stuck together in the bedroom, as they both had failed their part of this weeks shopping task. Out of pure boredom both housemates decided to orchestrate a fashion parade in the bedroom. 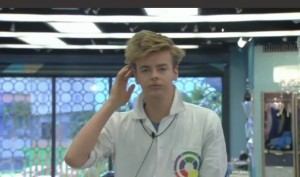 Jade said jokingly “Nick you put me to shame” after Nick did a very ‘elegant’ model pose. Simon seemed to be quite ignored by them both.

– Jack and Joel had a very serious debate in the bedroom for a little bit of fun. 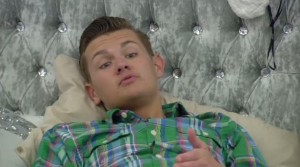 Joel: Eggs you can do so much more with eggs, poached eggs, scrambled eggs, boiled egg, fried egg and there are healthy options and fatty options. 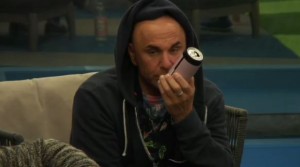 – The housemates discussion then quickly turned to Friday’s impending eviction. But little do the housemates know, there won’t actually be an eviction this Friday and the fake evicted housemate will be sent to Big Brother’s bunker.

Marc (to Joel, Simon, Harry and Jade): Who do you think is going on Friday?

Jade: I don’t think Sam has done enough to f**k people off, so I really don’t know. I think Simon. 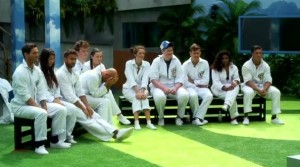 – Today’s main highlight in the house was of course the final part of this weeks shopping task. Big Brother called all the housemates to the garden.

Big Brother: This is Big Brother, Housemates for this weeks shopping task the Big Brother House has been divided into locked zones. You were challenged to unlock these zones by winning keys that could help unlock the shopping budget.

You were successful in unlocking the bathroom zone, this means you currently hold one key. 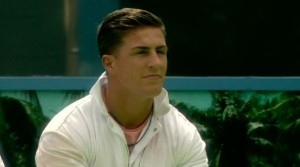 Now you face one final challenge and this challenge will decide the outcome of this weeks shopping task. In front of you are four boxes.

One of these boxes contains a luxury shopping budget, the other three contain basic rations. 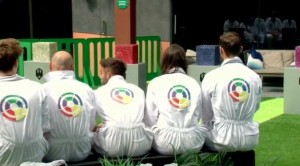 The housemates were then told that they only had one attempt to open the right box. 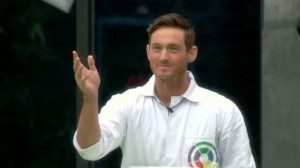