Big Brother’s bathroom boys Cristian and Joel confide in one another about one common trait…their love lives!

Cristian asks Joel “When was your last girlfriend?” 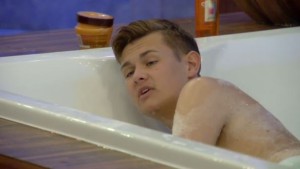 Cristian then asked what happened, to his surprise Joel admitted to cheating on her.

“No you didn’t you f**king didn’t you lying c**t” Cristian said in disbelief.

Cristian apologies “I won’t use that word again, So what happened” 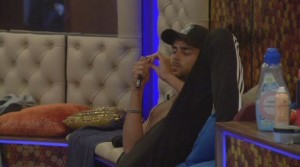 “I haven’t had a serious relationship” Joel admits.

Joel then admits to Cristian that he told a little lie to “provoke a reaction”.

How many people have you slept with, out of curiosity” Joel then asks.

“I don’t know, not that many” Cristian responded sheepishly.

“I don’t want to be in a relationship Cristian, I want to date someone that I can fancy myself spending a lot of time with” Joel says.

“Mate, I f**king agree with that so much, thank god we think in the same way. I hate people just rushing into things, and see it as a short term thing” Cristian said.

Both boys agree they don’t like the idea of a short term relationship.