Day 47: Take A Closer Look At The Big Brother House With mysnapp – Garden

After an indepth look at all of the interior parts of this years house, we’re going to finally head outside to one of the bigger parts of the abode. Yes, it’s time for us to take a look around the garden. Themed as a village green, the garden has loads of features you might not have spotted while watching the show. 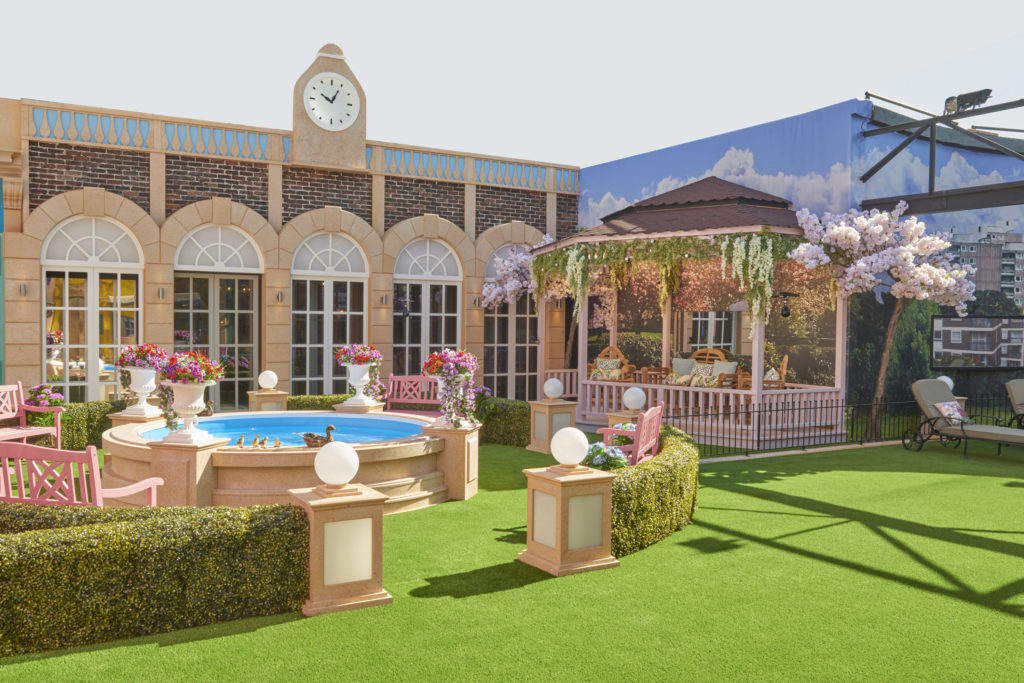 It’s without a doubt one of the best gardens we’ve seen on Big Brother in a very long time, and is themed beautifully! We have to give a mention to the clock and the stonework around the doors, those arches are stunning. It gives a real British feel to the outdoor space! So, lets talk features. The pool is positioned near the front of the garden and looks like a pond! It even has ducks scattered around it.

There are little ducklings, larger ducks and some other little animals scattered around – including this very fabulous looking poodle with a mannequin, dressed in some dashing summer clothes. We’ve got a tan t-shirt, and some blue shorts! Maybe, he’s taking his dog for a walk.

Elsewhere, there are many things that will scream British at you, including the florist! The sheltered bench area is one of the best places in this entire house, as it’s themed and coloured perfectly. 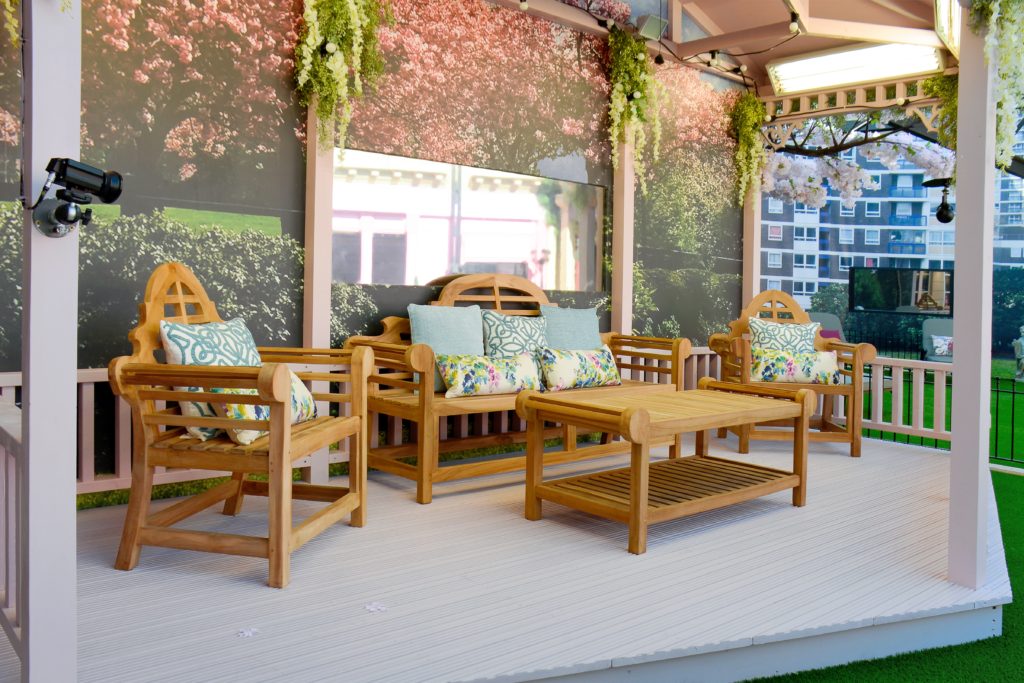 There are some pretty nice cushions here, placed onto the summery benches. including this floral and very summery looking one. We’d probably spend most of our time outside in the garden if we were housemates! There are also some flamingo pillows, following the theme set in Rose Cottage!

This week, we also have something special going on! We are running a competition with mysnapp for you guys to win some very cute ducklings as seen in Big Brother House! 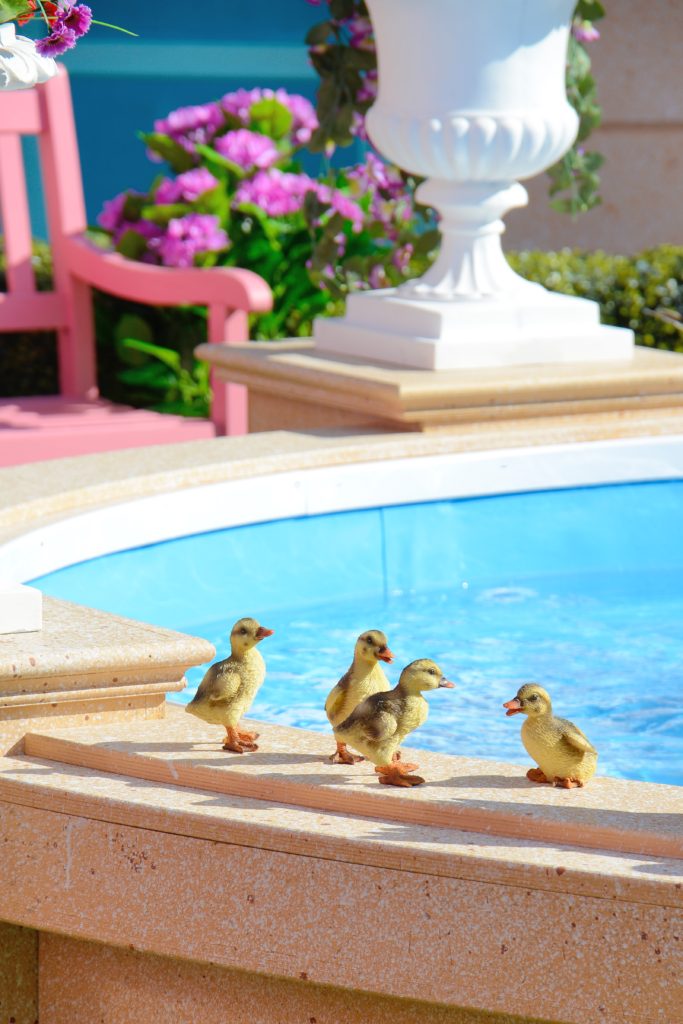 For your chance to win the ducklings, all you have to do is head over to our Twitter feed, retweet the competition tweet and follow mysnapp on Twitter! The competition comes to an end on Sunday so you better be quick!

You can shop everything you see in the Big Brother house with mysnapp right now. You can start by visiting the mysnapp website or downloading the apps for iPhone and Android. You can follow mysnapp on Twitter and get involved with the conversation right now.

Day 47: PICTURES: Housemates break out of the house