The first pictures of Big Brother’s new extension have been revealed.

Construction work is now well underway on the brand new extension to the Big Brother House ahead of the new series in June. It was revealed in January that Endemol had filed for planning permission to extend the House with a brand new eviction stage, garden and two story “house”.

Permission was given to the company last week and construction on the new House is already firmly on the way. In new images released by Tellymix, the structures for the new areas are already in place. 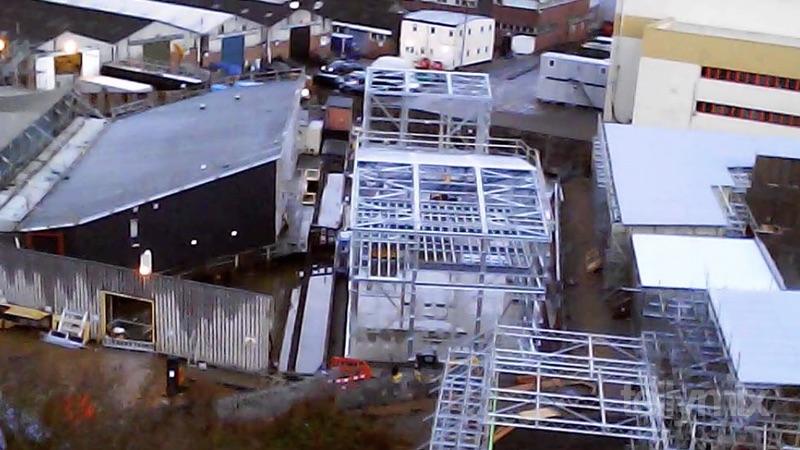 The new areas will also mean there is bigger areas for tasks to take place, as well as for the main House to expand. The eviction set will also be given a makeover, with space for 400 audience members, two staircases and a presenting space.

Big Brother’s Bit on the Side host, Rylan, recently revealed that the new series of Big Brother would feel “brand new” and would feature things never done before on the show.

Big Brother returns in June for the seventeenth series.