The new eye for Celebrity Big Brother has been revealed

In a huge difference from the technology themed eye from the summer, the new Celebrity Big Brother eye takes on the form of a “twisted fairytale” with branches, dark clouds and eerie shadows.

This year’s celebrity housemates will take part in their own twisted fairy tale. However, with Big Brother in complete control, one thing is guaranteed; the celebrities will not live happily ever after.

The newly redesigned house has whimsical elements that conjure up a magical atmosphere full of possibility and curiosity, but there are hints that something more sinister may be lurking. Will the celebrities relish their fairy tale adventure or will it become a living nightmare? 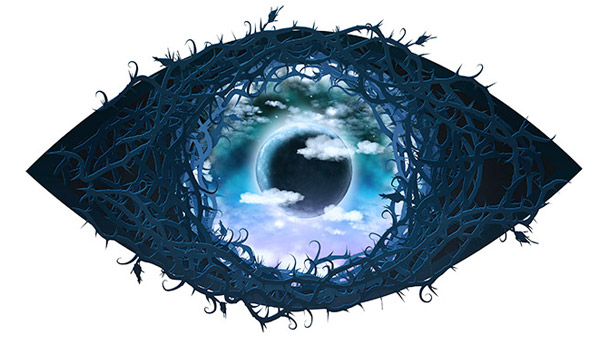 As always in the Big Brother house, celebrities should expect the unexpected as there will be secrets, twists and surprises around each corner.

Big Brother will monitor every move through its magic mirrors and cameras at every turn. Viewers will be entertained nightly with house action from the past 24 hours leading up to those chapter defining evictions.

The eye was printed in today’s version of The Sun, which teased that the new celebrities would be living in a nightmare. Celebrity Big Brother returns for the fifteenth series on Monday 5th January at 9pm on Channel 5.