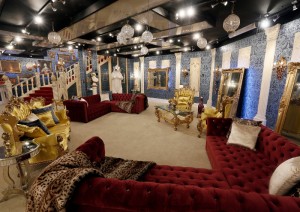 The american, who had his ear bitten off by fellow boxer Mike Tyson, has reportedly accepted a deal to become a Housemate on the new series of Celebrity Big Brother.

The 51 year old has six figure deal to appear on the three week reality show, says The Sun.

Producers were previously trying to get Mike Tyson for earlier series of the show, as he is now banned from the UK, Evander seems a fitting replacement.

‘Evander is a legend and a huge character. He will be great in the show,’ a source told The Sun.

‘We expect him to really pack a punch. He should stir things up and he won’t take any nonsense from some of the younger stars.

‘It will be interesting to see how they react to him – and what tips he gives them on working out.’