The first six Houseguests for Big Brother Canada have been revealed!

Big Brother Canada is a week away, and the first six Houseguests have been revealed. Take a look at who will be entering the House below..

Brittnee Blair
Vivacious and curvaceous, the Calgary native currently works in New York as a plus-size model. Brittnee is 25 and comes from Calgary. She describes herself as Funny. Energetic and Goofy. If she could bring one thing into the Big Brother House, she said “I’d bring my phone. I’m always jonesing for social media and texting. This experience will wean me off it though. I guess it’ll be nice to cleanse the soul.” 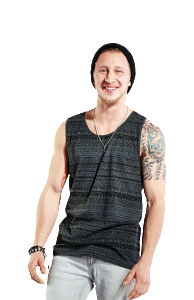 Bobby Hlad
This adventure-seeking Rock Climbing Instructor from Oakville lives at home working for the family business. Bobby is 27 years old and comes from Oakville. Bobby describes himself as Fun-loving. Crazy and outgoing. If Bobby was to win the Big Brother Prize Money, he said “First I would have to put some money into the family’s garage door business. I want to make sure that business works out – my grandfather started it years ago. I would also take a surfing vacation to California…and I may never come back. I can’t think of a more depressing life than living in my parents’ basement in Oakville for the rest of my life.” 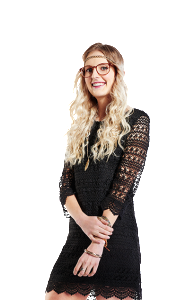 Sarah Hanlon
A free-spirited Hemployee from Toronto and self-proclaimed grown-up version of Lisa Simpson. Sarah is 27 and is from Toronto. She describes herself as Open-minded. Goofy and Smart. When asked who her Big Brother Canada Idol was, she said “Gary (BBCAN1)! It kills me that he didn’t win. He’s the perfect example of being true to yourself but still playing a smart and fully subversive game. He played with the popular people and toyed with all the groups in the house, but he didn’t conform or go against anything he didn’t believe in to do it. He always did what worked for him.”

Zach Oleynik
An ambitious pre-med student and Quarterback for the University of Regina’s football team. Zach is 22 years old and is from Regina. He describes himself as Fun. Energetic and Competitive. When asked if he had a strategy to win Big Brother, he said “I’m going to try to align myself with a close group of four people. Once I’ve built my social game, I’m going to start letting my physicality come into play. I know it’s going to be hard to hold back from winning competitions. I’ve never not done my very best when competing. I want to find good, loyal people, and I’m not opposed to finding a showmance, or even a bromance, if I think it’ll help me” 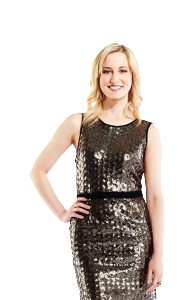 Ashleigh Wood
A Calgarian sweetheart from a family of seven siblings who knows how to hold her own in big groups. Ashleigh is 21 years old and is from Calgary. She describes herself as Friendly. Goofy and Sassy. If she could bring one thing into the Big Brother House, she said “I would bring my cell phone just so I could contact my family anytime I need to. Not talking to them will really be the toughest part for me. I have a huge family and we’re so close: two sets of parents, one ” 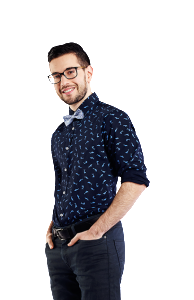 Jordan Parhar
This small but mighty conservative from Surrey isn’t shy in sharing his opinions on anything. Jordan is 21 years old and is from Cloverdale. He describes himself as Jocular. Perceptive and Resilient. When asked who is Big Brother Canada idol was, he said “Neda (BBCAN2). She’s a super fan like me so I relate to her, and I think she was a strong competitor. I like Peter (BBCAN1) too, he talked a great game but just didn’t walk the walk the way Neda did. She was so smart to align herself with Jon (BBCAN2)”

More Houseguests will be revealed soon.