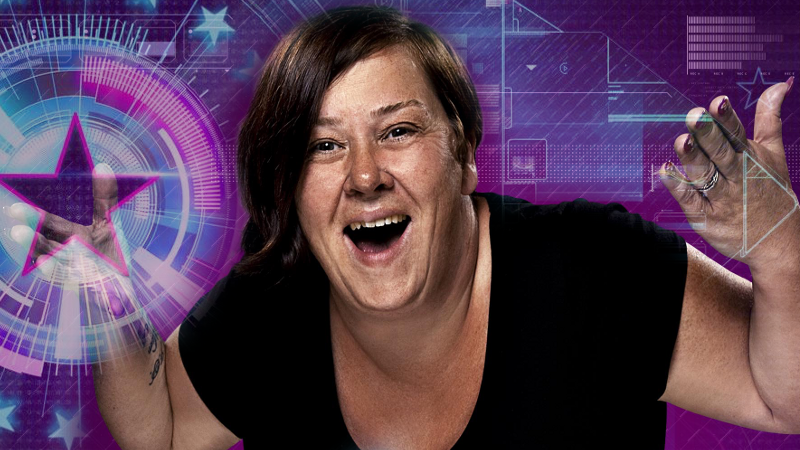 Dee Kelly has finished in 5th place during tonight’s final

Leaving together in sixth and fifth place were Edele and Dee who left to a mixed crowd. Emma started the interview by commenting that they were the last two girls standing.

Edele said that the experience was a rollercoaster and it was great to have the support of the house through which is a tough time for her.

Edele said: ‘When I went in there, I was broken for the first 10 days.’ She also said that being away from her twin was tough but Dee and Ricci pulled her through.

Edele said that the she, Dee, James and Ricci bonded particularly well and she was crazy about them.

Emma asked her about her nocturnal antics with George the previous night and she said: ‘It was a cute little kiss we had under the covers.’

Emma asked her if the future between her and George was going to be romantic or just a friendship, Edele said: ‘Between the both, it was enjoyable.’ She denied it was beer goggles and said that she went to bed sober.
Beer goggles

Emma pointed out that Dee nominated Edele and Dee said: ‘At least I did it face to face.’

Dee sais that going into the house was really bad as there was people in the house like Audley who have won a gold medal.

Dee said of Gary: ‘He’s an amazing guy, a font of all knowledge but he switches.’

Emma then asked Dee what brought her to breaking point with Gary and she said: ‘He cornered me, I just snapped, he was following me about talking about the other housemates and he exposed himself to everyone in there!’ Dee added that there is a difference between eccentricity and rudeness.

Dee said that life with George and James was tense and admitted: ‘Every minute of every day, there are still at it. She ended the interview by saying: ‘I’m a mum first and foremost but I’ll give David Cameron a run for his money.’