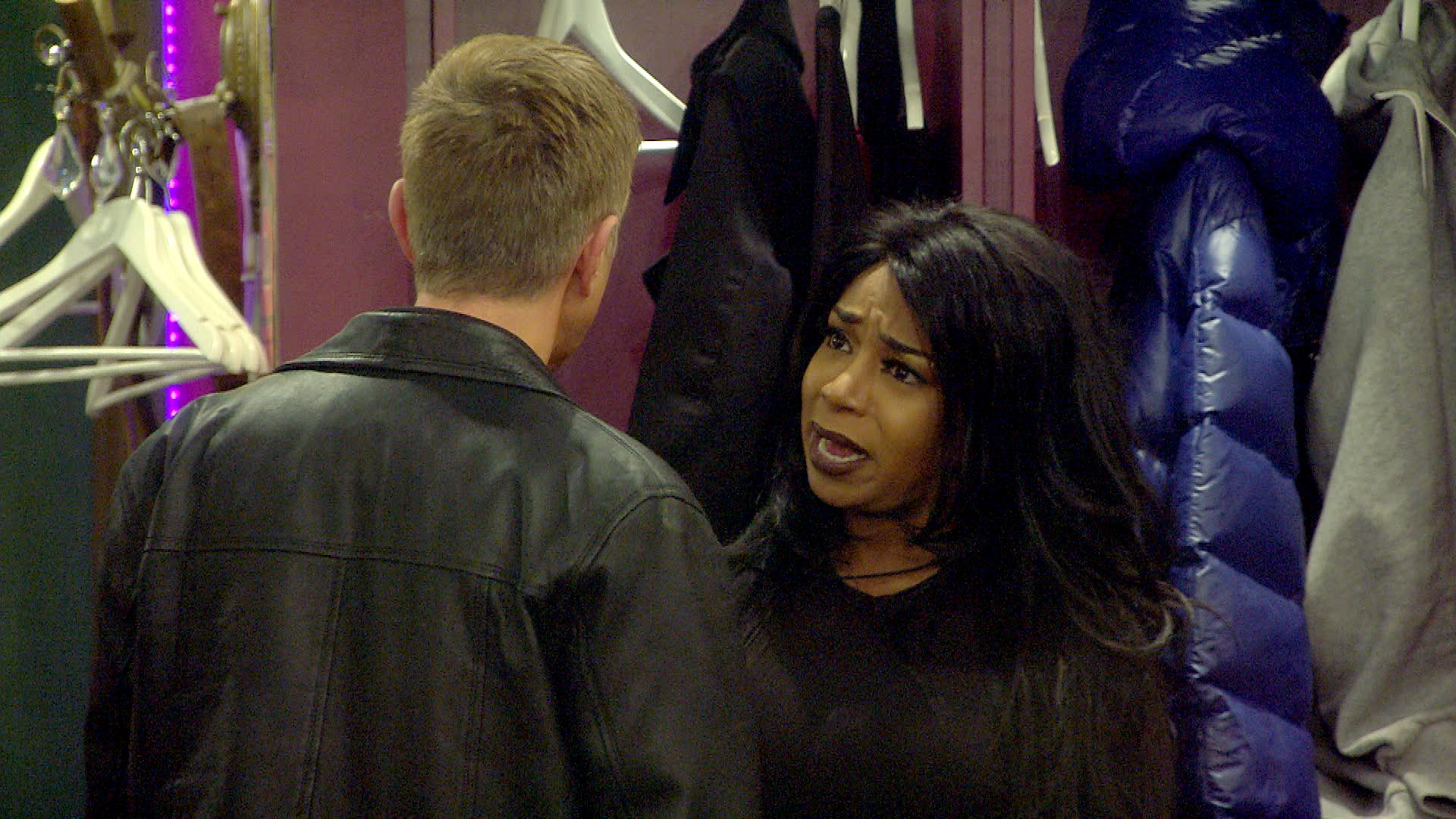 Day 30: CBB Awards cause argument between Darren and Tiffany

Housemates are gathered on the sofas for the 2016 Celebrity Big Brother awards. For each award category, housemates must watch a series of clips from the house and then decide which of the nominees is the most deserving winner.

Clips are played into the house to remind the housemates of some of the arguments and disagreements that have taken place.

The first category is: Most Easily Offended Housemate. Danniella wins this award for her reaction to finding Jeremy’s shoe under her pillow.

Stephanie is awarded The Biggest Quitter title. She comments, “I’m not really the biggest quitter as I’m still here!”

The Bitchiest Housemate award is won by Danniella, “Thank you b*tches! Double award winner here!” The awards ceremony is now over.

In the bedroom toilet, Tiffany tells Stephanie that she isn’t happy after hearing some of Darren’s comments from the clips that were shown during the awards ceremony.

In the garden, Darren believes Tiffany is not happy with him.

Tiffany concludes, “You is an attractive man, maybe when I said that I was being a little bit mischievous and scandalous when I did that. You are hot! But I didn’t mean no disrespect.” Darren replies, “I am genuinely flattered that you think that.” The pair shakes hands.

Day 31: Vanessa Feltz returns to the House for conference task