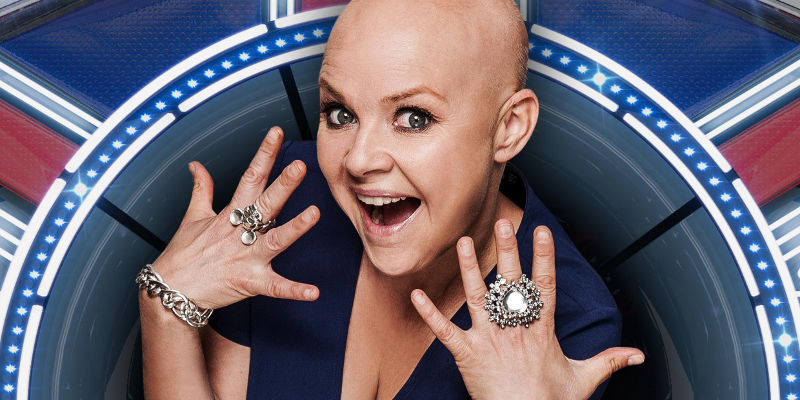 Gail Porter was the fourth Housemate to be evicted. Gail met Emma Wills and she asked her about her experience: “It’s been an amazing experience but they are mad…and yes and I’ve been sectioned….back to reality”. On her approach to this week’s task: “I thought I’d try the ‘I miss everybody and want to go home’ thing and I tried the impression of Farrah but it just wasn’t in me to be mean”. On Gail’s early experience in the House: “Sharing a bedroom with a bunch of people…there are a lot of egos in one room. I missed my daughter and my friends and family. Two days felt like two years….and they were so loud….you can’t go anywhere…I’m so happy to be out.”

On Jenna and Farrah, Gail said: “They are in it to win it. They are very competitive. When they had an argument, especially when Farrah had an argument I didn’t know where to go and it was quite venomous”. On Stevi and Chloe-Jasmine: “I don’t believe Chloe, she seems to be nice but her voice changes depending on her mood. I don’t get it. She just doesn’t listen. They are a great couple…good luck to them!”

Emma asked Gail who she’d like to win: “Sherrie, she is amazing and a mother hen and says the most bonkers things sometimes…or James, he is just a sweat-heart…checking his abs…”