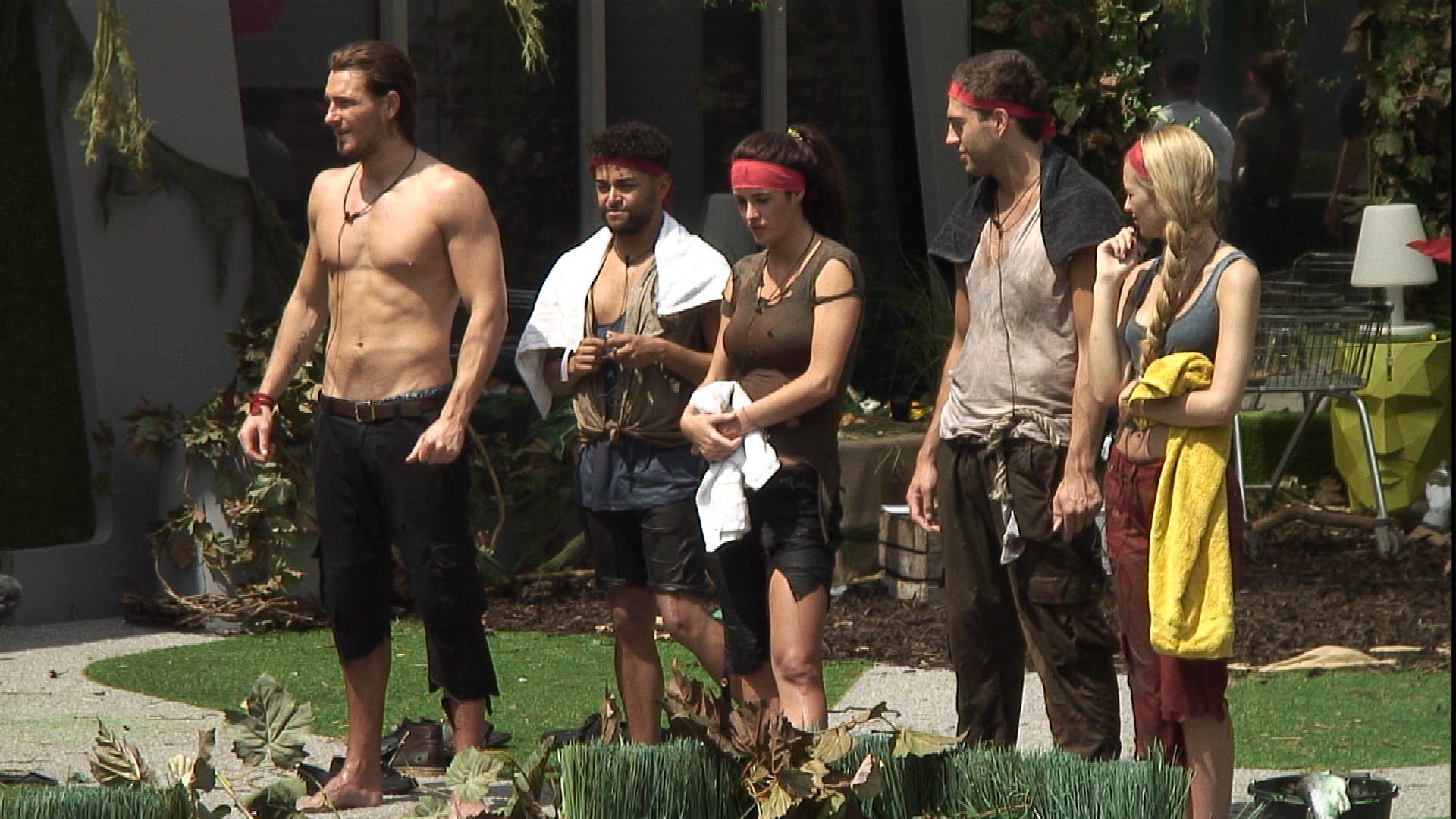 It’s Old Vs New as the Housemates go head to head to win back better living standards.

From today it’s old vs new. If old Housemates want to win themselves some better living conditions or a hot meal, they’ll have to take on the newbies head to head. If new Housemates win, they’ll get even better rewards than they already have.

ON THE LEDGE
The old Housemates are positioned on a platform surrounded by murky water. Behind them is a wall which will move forward and force them off the ledge when powered by one of the newbies who is cycling to pull the wall forward. By the end of the game, when time runs out, they must have at least X number of Old Housemates still standing on the ledge to win. However, the New Housemates are standing on the ground doing everything they can to knock them off. The New Housemates will be armed with whole tinned tomatoes, gungey sponges and water balloons to throw a that Housemates to try to dislodge them from the ledge.

FOOL THE HOUSE
As the New Housemates have knowledge of the outside world and how the current Housemates have been perceived, they must take part in a Diary Room quiz against the other Housemates to try and score points.

The three new arrivals will read statements about the Original Housemates (these could be from newspaper stories – not headlines or quotes). The old Housemates will be watching on the plasma in the Living Area. The Original Housemates must decide if the statement the New Housemate is reading is True or a Lie. They must all agree and indicate their decision by flipping their voting panels which read either TRUE or LIE.