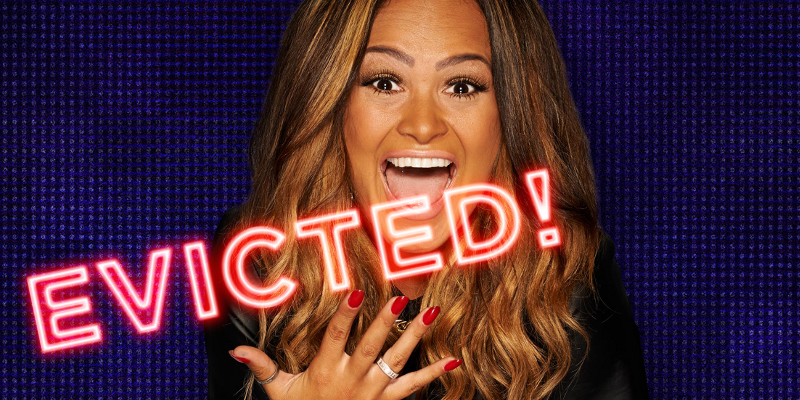 The first decision saw Ashleigh made immune from nominations – which returned in their normal state after weeks of twists. This meant that Ashleigh and Helen could not be nominated for eviction. After the nominations took place, it was revealed that Chris, Pav and Zoe would face eviction.

Zoe left to a mixed reaction from the crowd after saying goodbye to the other Housemates and urging Pav to make it to the final.

Emma tells Zoe that she’s never seen someone run up the stairs so quickly and excitedly and Zoe responds saying, “I was really excited to see my family!” She goes on to say, “I wanted the experience, to see what it was like for me”

Zoe then talks about Pav saying, “I was concerned about Pav all the time…emotionally, I’m a lot stronger than many of the people in there”

On going in on day 40, Zoe remarked that it was “hard” going on to say that the other Housemates are “seriously paranoid”

Emma asks Zoe how it feels to be put up for nomination and she remarked, “Me and Pav would be up every single week…they’ve all got bonds and been in there for a longer time”

After seeing who nominated her, Zoe said “All of them but me and Pav had a hidden agenda” She goes on to say that Helen “made her feel really welcome” but that there was “speculation” as to why they joined the House half way through.

On Pav she said, “Pav just took a while to get to know everyone…that made them more suspicious” On whether he will be alright without her “He’s got a psychology degree! He needs to put that in his brain…he sits back and watches, which makes people think he’s suspicious, but he’s not”

Zoe is then shown the video where she talks about “normal people” and says “You missed the whole conversation!” adding that they had been talking about how the whole House is “powerful” She goes on to say that she works in retail when she’s between jobs and is down to earth, admitting that she “learnt so many things from people” and she was “misunderstood” and is “not stuck up at all”

Emma then referenced the focus group and Zoe said, “I’d like to think you can tell I’m a down to earth girl…I’m not from that type of family”

Emma reveals that Ashleigh commented that Zoe’s “biggest positive was also her biggest negative” because she is always happy. Zoe said, “If that’s my downfall, then I’m happy with that”

Zoe talks about Mark and says she loved his energy and buzzed off him. She goes on to describe Ash as “salt of the earth”