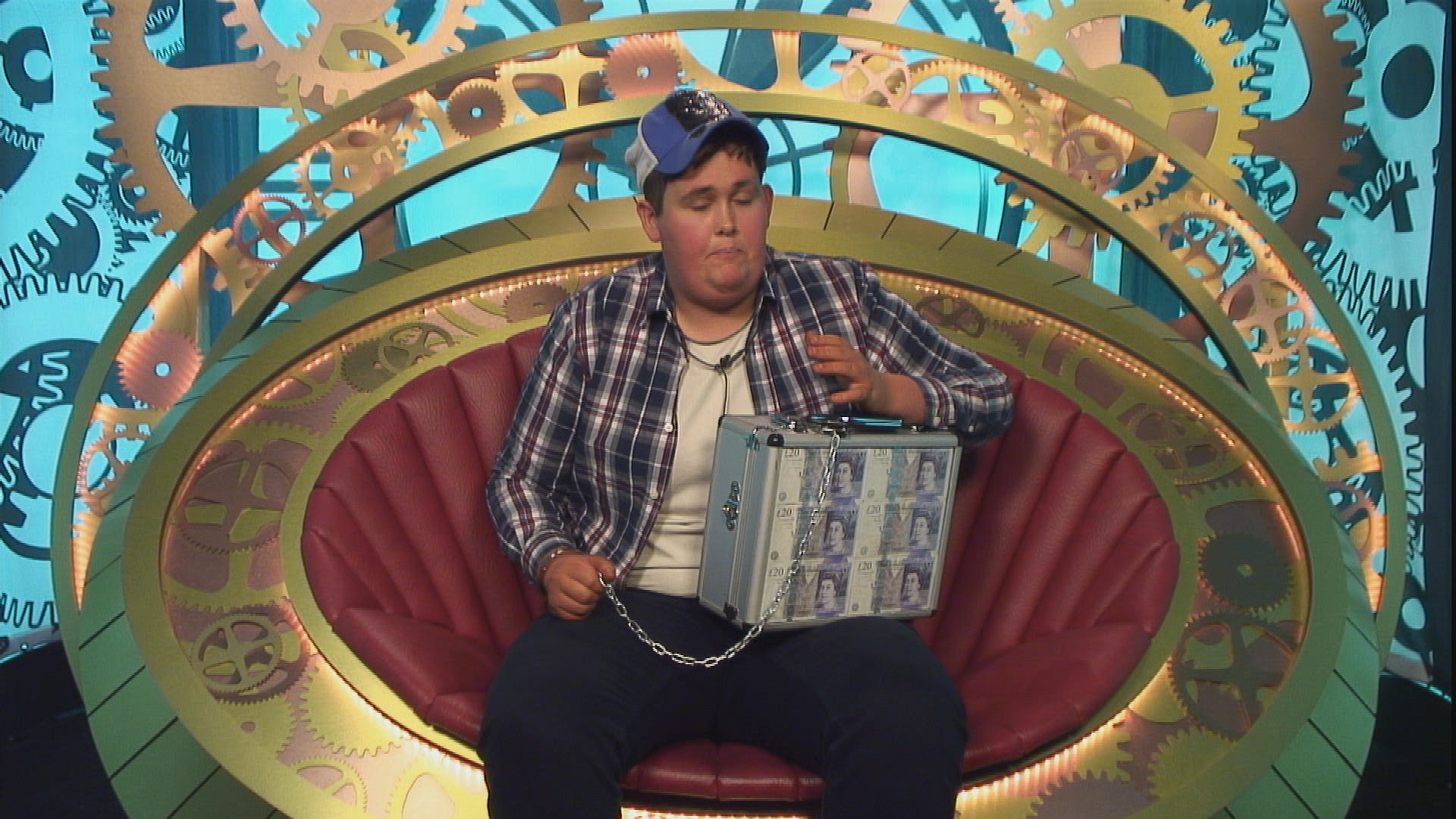 Jack has won £23,900 in the latest cashbomb twist to hit the Big Brother House.

For the final part of the cash back task the Housemates are each stood in front of a podium with a button and are facing a Perspex box which contains the £23,900 they have won throughout the day. On a plasma on the wall is a one minute countdown. Housemates are told they have a decision to make. They have earned a sum of money, which is now in the cash box. When the clock starts, they have 60 seconds to push their button. If they do so, they steal the money from the prize fund and keep it for themselves. They are then guaranteed to walk away with this money, whenever they leave the house, but they do not jeopardise their place in the house. The first Housemate to press the button will receive the money, and must wear it handcuffed to them for the rest of their time in the house.

Jack presses the button before Cristian and is awarded the £23,900 in the briefcase which he attaches to himself.

On returning to the House Jack apologises and says that the money would change his life. Nick hugs him and says “Don’t regret it and enjoy it.” Jack says, “In my head I am ecstatic but I am trying to be respectful.” Chloe says, “You did have a go at me for taking £5,000 but I did see 23 and think that has got to be for Jack as it is your lucky number.” Jack tells them that he will take them on holiday to which they all reply, “No one is angry.” Jack says, “This is the most money I have ever had and will ever have in my life and will go to good and amazing things.”

Jack is in the Diary Room and says; “The things I will be able to do with this are unbelievable. Joel might be a bit peeved as he thinks the prize fund is for the winner so taking out of it is wrong but it is literally life changing for me.”

Jack and Nick are in the smoking area and Nick tells Jack that he has done an amazing thing and that everyone understands. Jack replies, “I don’t want to f**k anything up tonight and I don’t want this to phase me. It gives me freedom, to get nice things in my wardrobe, to sort my friends and family out with nice things, the prize fund is still very high for someone to win.”

Joel is talking to Big Brother and says; “I don’t begrudge Jack taking the money and I know it will change his life but for me that money belongs to the winner and that is why I didn’t push the buzzer. I think it is right that the money returns to the prize fund.