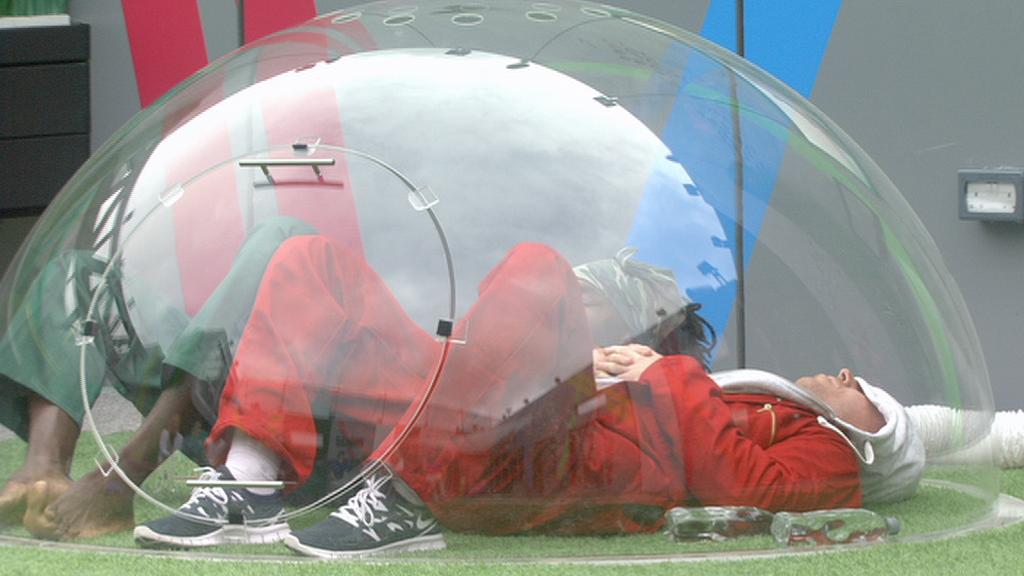 Today Audley and James will battle it out beneath the Dome to try and win their half of the House an evening of luxury. As an extra incentive, he who stays in the dome the longest will also be rewarded with immunity from the next eviction.

Audley and James will be confined to a Perspex Dome in the Garden that measures approx 1m high by 1.8m in diameter.

It is a test of endurance as well as patience to see who can stand it inside the Dome for the longest.

As soon as Housemates enter the Dome the game begins, Housemates cannot leave for any reason. They will only be provided with water, no food, and if they decide to leave at any point they will lose.

The first Housemate to cave in and quit the Dome will lose and immediately face eviction. As well as this their team will be condemned to waiting on the winners.

The last man standing will win their half of the House a 3 course meal of their favourite foods, followed by drinks and music that evening.

Audley and James will start by picking the Housemates they would like on their team and most like to spend an evening of luxury with.

Once the teams are picked they will split up to discuss tactics that use against each other once under the Dome.

Once inside the dome, Big Brother will also tempt James and Audley with various treats. If either is enticed out of the dome they lose the task