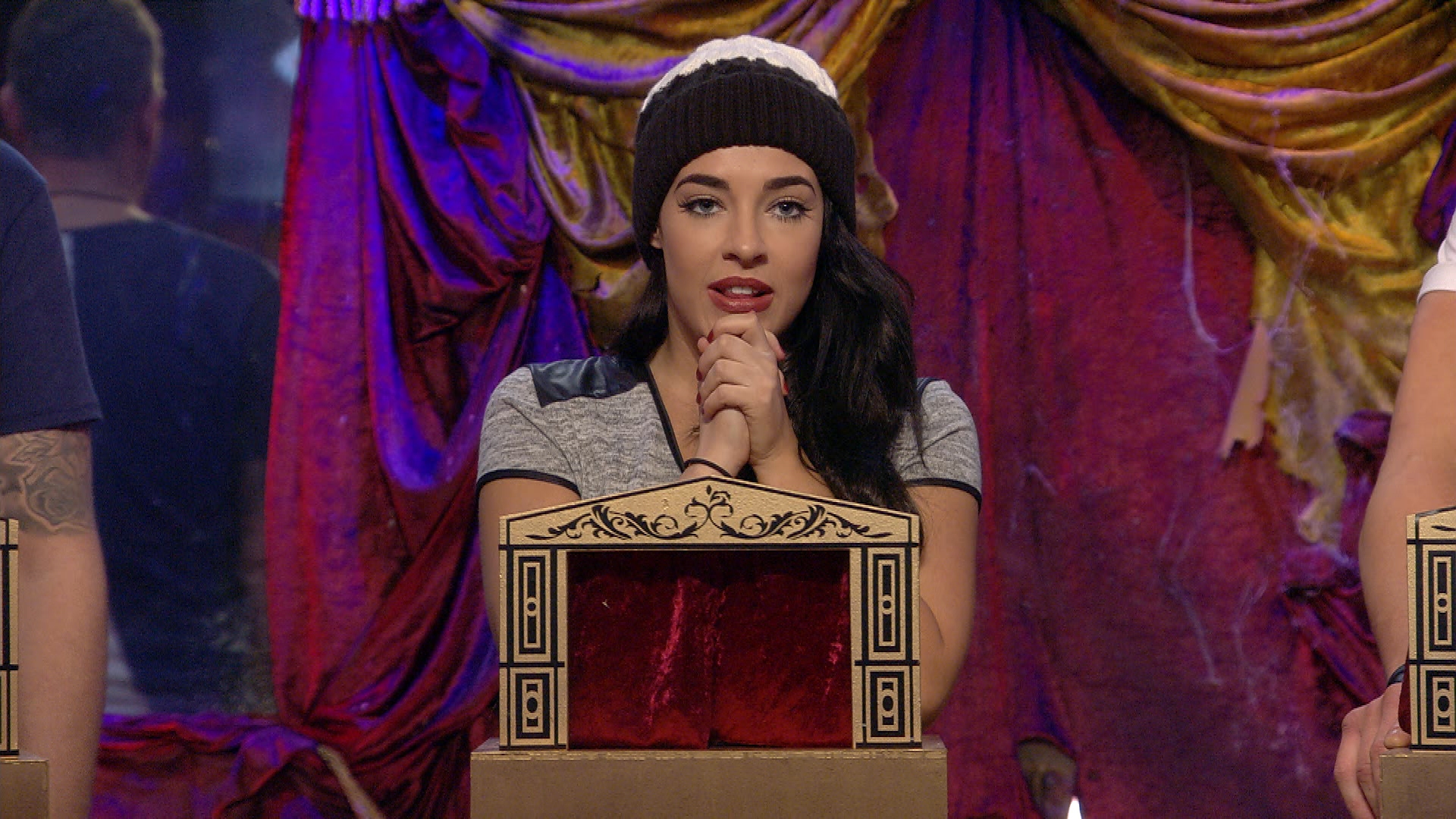 Stephanie has made amends in the House with Danniella and Gemma after winning immunity from eviction.

During the latest task in the forgotten theatre, Stephanie was able to win immunity from Tuesday’s eviction. Big Brother asks which housemate is most likely to stick up for you in an argument? Stephanie is the fastest to buzz and says Jeremy. She then chooses Danniella to lose her final life in the game. Danniella tells her, “I’m out, thank you. Let me out of this f**cking room. You know how much it means to me and you’ve done it again with my kids. You’re f**cking sniping at her [Gemma] constantly.” Gemma follows Danniella out of the room and says to Stephanie, “drop it, you’re a very nasty girl.”

Gemma declares, “I’m not doing this anymore. I’ve had enough. She’s a f**cking b*tch.” Danniella adds, “as long as she’s got blokes wrapped around her she’s alright.” Gemma and Danniella then leave through the fire escape in the garden.

The other housemates continue the task in the Forgotten Theatre. Jeremy and Stephanie are the last two housemates in the game. Jeremy allows Stephanie to buzz first, winning her immunity from eviction.

Danniella apologies to Stephanie in the kitchen, “I know everyone’s emotional, I’m super emotional about my kids at the minute, but that ain’t your fault. I do love you mate. But this house makes it hard for everyone. I don’t want an atmosphere in here. We’re gonna get through it. We need to start having a good time in here. You are me and that’s what hurts me.”

Gemma also makes amends with Stephanie, “I know we ain’t ever gonna be the best of friends, but can we find a way of moving forward and putting everything behind us? I do genuinely like you and I don’t know why we keep rowing. Stephanie replies, “it’s just difference of opinions and we’re gonna have to leave it like that.” The pair then hug.

Day 20: Gemma and Danniella attempt to leave during immunity task