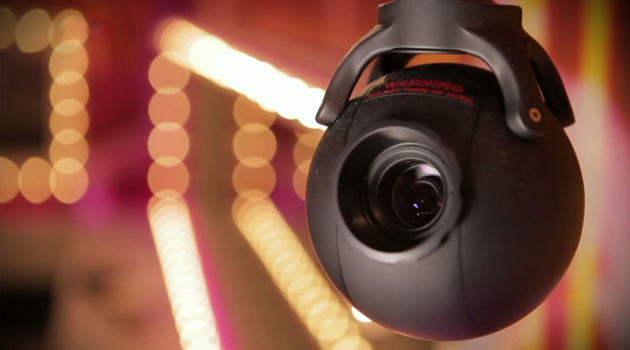 Big Brother wants to test out the theory that after a few weeks in the same house all housemates should be of the same mind. A harmonious house is a successful house.

Throughout the two days Big Brother will test out the housemates’ minds – if they can think alike and remain in sync with each other they will win the luxury shopping budget.

Each hit sees three Housemates enter the ‘mind lab’ where they are separated and placed in different soundproof pods.The remaining Housemates can see all three on the living area screen.

Big Brother then presents them all with the same dare that will test their nerves, bottle and stupidity.

After they presented with each dare, they hit a button indicating whether they are going to do the dare or not . Each dare is rewarded with points. If ALL three agree and say yes, they receive 10 points. If they ALL agree and say no, they take 5 points. However, if they disagree (e.g. 1 says yes, 2 say no) then they score ZERO points. Points may increase during the task.

The caveat is that whoever says yes must perform the dare, they won’t know what their fellow two Housemates did until after.

So one player may let the trio down, or one Housemate may make a complete fool of themselves to absolutely no gain.

To pass the task the Housemates must earn a certain number of points, revealed by them by opening a box at the end of the second day.

1) Twerking 9 to 5
Housemates must perform a twerking marathon. In the garden there is a Notting Hill carnival-style stage, with three marked positions. The Housemates are given twerking outfits and have to twerk when they hear a trigger.

2) Dirty Laundry
If they agree, we will show newspaper headlines about the three housemates on the big screen. (e.g. Danielle’s sordid past)

4) Noms
Housemates will agree to have nominations of them played into the house.

Ashleigh (scared of clowns) Helen (scared of balloons) and Mark will stick it out in a scary clown party. The small task room is dressed like a circus tent. They have to sit on chairs on a podium in the middle, we then introduce a scary clown, armed with balloons. They have to remain there and fight their fear.