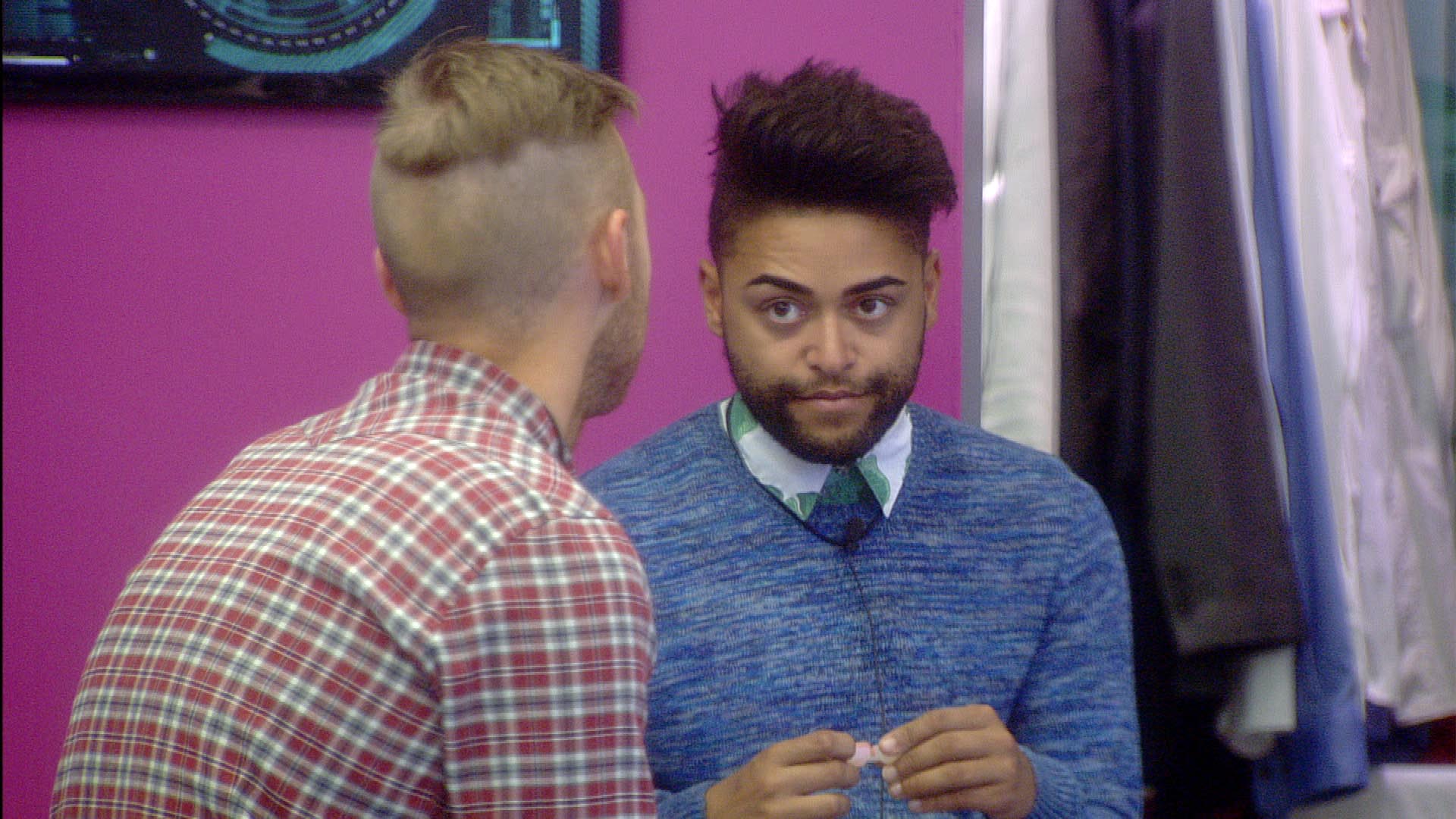 It seems that Mark doesn’t regret his kiss with Christopher, that we saw in last night’s highlights show

Last night, we saw Christopher and Mark share a sneaky kiss under the covers at the end of the highlights show. On tonight’s show, we see Mark who says he feels regretful about the kiss.

We later see Mark in the Diary Room. Mark tells Big Brother that he “was a bit merry last night and by merry, I do mean drunk…I hope I haven’t made a show of myself” He goes on to say that he has “no regrets…I don’t regret anything. I came in here to have a full experience and just throw myself in to it so no, I’m not going to regret nothing”

Christopher and Mark then get together to discuss what happened. Mark says that he sometimes forgets that there are cameras in the House and Christopher reassures him that he didn’t say anything wrong.

You can see this on tonight’s highlight show at 10pm, where a Housemate will be evicted and three new Housemates will go in.